Praise to the Sony Executive Team

Supply Chain Matters has logged previous commentaries regarding the profitability and supply chain challenges of consumer electronics manufacturer Sony.  Last year at this time, Sony had slashed its earnings outlook four times during the fiscal year, For the fourth time in less than a year and announced the deepest financial losses in the company’s history, along with the fourth straight year of non-profitability.

We were therefore quick to note that The Financial Times reported today that forty of Sony’s top executives, including its CEO, will forgo end of year bonuses amounting to 30-50 percent of their compensation because the company failed to keep a promise to return the group’s consumer electronics division to profitability for the current fiscal year that ended March 30.

How refreshing is that!

It seems of late that many CEO’s and top executives are very comfortable with awarding themselves large bonuses and double-digit increases in total compensation in spite of operating results. Some have done so while taking major cost cuts from supply chain related operations.

How many would take the same action that Sony’s executives have taken?

In Sony’s case, the bonuses amounted to $10 million which is not a large number in the grand scale of compensation among 40 senior executives. Sony is actually forecasting that it will earn overall profitability for the first time in five years. Sony formally reports earnings next week. According to the FT article, most of the profitability stems from gains in Sony’s financial businesses in Japan vs. manufacturing of consumer electronics.

None the less, Supply Chain Matters is of the view that Sony executives should be praised for their sacrifice and gesture. We sincerely wish other executive teams with similar business challenges would do the same. Then again, this is the period of “the new normal”. 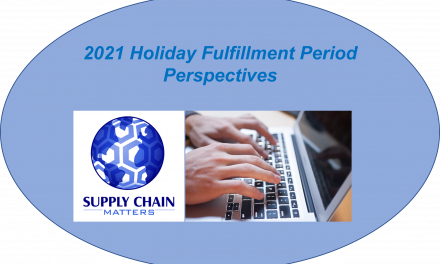 The Countdown to Holiday Fulfillment Execution Has Begun