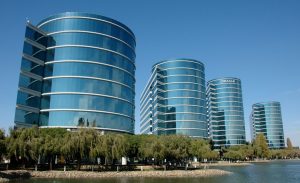 Among the highlights of financial performance were:

Total Quarterly Revenues of up 2 percent to $9.8 billion. Of that number, Cloud Services and License Support revenues were up 4 percent to $7.1 billion, while Cloud License and On-Premise revenues were down 3 percent to $1.1 billion. CEO Safra Katz indicated that over the past four years, the company has doubled the percentage of revenues derived from Cloud services, which is recurring revenue. That recurring revenue number now represents 73 percent of total company revenues.

Operating Margin was reported as 37 percent while Operating Cash Flow was noted as $14 billion during the trailing 12-month period.

Among the highlights of Cloud infrastructure and application technology sales performance were:

Executives indicating that: “Oracle Gen 2 Cloud Infrastructure (OCI) offerings were adding customers and growing revenues at a rate well in excess of 100 percent per year.” Chairman and CTO Larry Ellison indicated that existing demand for OCI would have been even better if Oracle had not run into the problem of existing demand outstripping the availability of newly build data centers. CEO Safra Katz added that many customers are utilizing way more Cloud infrastructure technology than they expected and literally blowing out Oracle’s internal forecast of demand. To date the company has opened 29 regional Gen 2 global data centers worldwide with plans to grow that number to 38 supported regions by mid-2021 to catch-up with demand. Customer count for the Oracle Autonomous Database was noted as up over 60 percent.

In the Cloud applications segment, Ellison indicated that Cloud Fusion ERP revenues grew 33 percent in the quarter with a customer count now exceeding 7,500 customers. NetSuite ERP revenues reportedly grew 21 percent with an installed customer base exceeding 24,000 customers. Regarding Cloud ERP, CEO Katz pointed out that Oracle itself migrated to the application and that for the Q2 quarter, financial results for the entirety of global operations were completed 10 days after the close of the quarter, with the company’s 10-K and 10-Q SEC filings being 21 days faster than the average S&P 500 company.

He re-iterated the company’s competitive advantage in today’s technology market as OCI ability to offer customers a single data center that runs the complete compliment of the company’s technology to include high-performance computing, autonomous database, networking as well as all the company’s Cloud based applications.

Regarding arch ERP and business applications competitor SAP SE, he once gain pointed out:

“SAP forgot to move their ERP system to the cloud. They just built- they decided instead to go compete with Oracle with HANA. They don’t have a cloud product, we have. If you look at Gartner, SAP asked to be moved off the Gartner list (Cloud ERP Magic Quadrant) because SAP was in the lower left-hand corner.”

Indeed, Ellison’s words likely reflect why SAP stunned the global financial community in late October in cutting the company’s revenue and profitability outlook. SAP senior management attributed the change in revenue and profit expectations because a second or third wave of lockdowns attributed to the global COVID-19 pandemic had continued to impact customer demand through the first half of this year. That was expected to result in reduced demand levels to extend thru the first half of 2021 as well.

We noted in that SAP focused commentary whether SAP’s actions would cascade to other large enterprise level technology providers.

Oracle’s forward guidance this week indicated expected revenue growth from one to three percent in constant currency and two to four percent in U.S. dollars. Non-GAAP earnings per share were forecasted to grow from 10 to 14 percent.

The notions of a market drag related to COVID-19 seem to be quite the opposite for Oracle and that difference centers on market needs for Cloud based digital transformation.