Oracle reported its Fiscal Q4 and full FY17 financial performance results and the Wall Street and individual investment community seemed very pleased by what was termed as a phenomenal quarter and an impressive transition towards accelerating Cloud based revenues and margins.  Investors drove Oracle stock up 10 percent in after-hours trading. 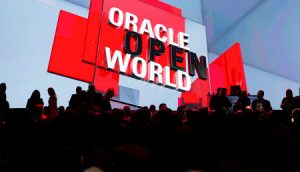 Co-CEO Safra Katz characterized a tremendous quarter in just about all business areas including Cloud, software license and earnings and declared that Cloud has now become the predominant growth engine for Oracle. Co-CEO Mark Hurd went a step further, declaring that this was the best quarter that Oracle ever had, and that the company performed very strongly in bookings, billings, and revenues, all at record levels.

Software as a Service (SaaS) revenues up 67 percent to $964 million.

Gross deferred revenue now at $2.3 billion, up 67 percent and exceeding goal established at the beginning of the fiscal year.

For the full fiscal year:

Operating income up 3 percent to $16.2 billion.

The first is a response from Wall Street and the company’s investors that Oracle has reached the termed tipping point where customer Cloud adoption as reflected by ongoing recurring revenues are reaching a point of significant momentum. Oracle senior executives hosting the briefing with analysts and investors indicated that the company achieved its stated goal of surpassing $2 billion in annualized recurring revenues, a rather important metric for Cloud technology companies. Co-CEO Hurd pointed to a $6 billion annualized run rate which is another pertinent indication of momentum.  As we have often pointed out in our prior Oracle focused commentaries, Oracle’s business strategy of all-in for Cloud software, database, computing hardware and infrastructure was very bold, and is now paying dividends from many business perspectives.

Within the latest performance was evidence of market traction and momentum in two very important application areas, ERP, and database. In his feedback to analysts, Hurd rattled off stats as to 1575 new SaaS customers coupled with 1138 termed expansions, namely customers that acquired both Cloud software and associated platform and infrastructure technology. For ERP Cloud, Hurd noted 868 new customers (not including the recent NetSuite acquisition numbers).  Some manufacturing industry nameplates included Ball Corporation, General Electric, Kraft Heinz, Motorola, NCR, Newell Rubbermaid, and Volkswagen, among others. Of that adoption rate, almost 200 were noted as expansions, meaning adoption of extended modules, examples being either procurement, supply chain or manufacturing support. Of added significance was the statement that roughly two-thirds of new Cloud ERP customers were brand new Oracle nameplates. This adds some credence to Oracle’s messaging of faster technology adoption and customer benefits with Cloud adoption. Of course, there is a flip-side to this statistic, namely that existing Oracle on-premise customers are still undecided.

In total, Oracle now has 13,550 active SaaS customers, and when NetSuite is added, the number approaches 25,000. This is noteworthy momentum both in customer adoption and future pull for expanded technology needs, particularly supply chain related.

During the quarter, Oracle announced a very significant and strategic database deal with AT&T, which according to executives operates over 10,000 Oracle databases. The company elected to move to the Cloud to gain the benefits of database provisioning along with consolidation of in-house infrastructure. Because AT&T is subject to regulatory directives for data management, the deal called for adoption of Oracle’s Cloud database on premise, where Oracle will operationally manage all databases and infrastructure, very like services performed for public Cloud. When completed, this one customer has the potential to be a key strategic customer reference for many other large Cloud database deals.

Speaking to Cloud database adoption, Chairman and CTO Larry Ellison indicated that newer versions of Oracle database technology are experiencing very rapid adoption uptick because of the needs for multi-tenancy and enhanced memory capabilities.  Oracle utilizes a design that places large amounts of flash cache memory in front of hard disk memory, along with a sophisticated storage hierarchy system. Obviously, such remarks were directed at competitors such as Amazon Web Services, Microsoft, and SAP. Ellison noted that Oracle can now provide rather high performance at a dramatically lower cost than competitors. As customers evaluate the movement of millions of Oracle databases to Oracle Cloud, Ellison anticipates that Oracle PaaS and IaaS will eventually surpass the company’s SaaS business. Here again, Oracle’s broader strategy of software and hardware has the potential to bear significant market traction. Hurd indicated to analysts:

“This is an example where we have talked about before, we take our Oracle cloud machine and we are able now to do all of that with them on their premise and give them all the benefits of the cloud, we manage, we patch, we basically run the cloud for them and we help them get all of that done.”

Oracle obviously has additional work ahead, both in making the business case for existing on-premise ERP and applications customers to initiate their path to the Cloud, along with continued focused messaging directly to line-of-business teams on the business benefits of moving to the Cloud. But, the fact remains that momentum is clearly part of Oracle’s favor at this point. We highlighted the database technology aspects for our readers, because line-of-business and supply chain focused IT groups are in various stages of evaluating whether to transition to Cloud-based databases, as well as which strategic vendors provide the more compelling business case in performance, user acceptance and lifetime cost. We still do not observe senior Oracle executives directly citing Oracle Supply Chain Cloud uptake and we will work to share those numbers with readers in a subsequent posting.

For any new enterprise or supply chain focused technologies, increased customer adoption momentum is a rather important metric. This week, Oracle’s announced performance was all about such momentum, with an indication that its broad market strategy of software, infrastructure and services is drawing attention.

Disclosure: Oracle is currently a client of The Ferrari Consulting and Research Group, operators of the Supply Chain Matters blog. The author does not hold any Oracle stock holdings.

More Recognition for the Unappreciated Art of Supply Chain Management