While attending the annual Oracle OpenWorld conference in October, I was invited to attend a special independent analyst briefing session conducted by Reggie Bradford, Oracle Senior Vice President, Startup Ecosystem and Accelerator Programs.  Bradford came to Oracle with a background as a three-time tech startup-up entrepreneur and having received several industry accolades recognizing his success as an entrepreneur and Internet visionary, including Business Insider’s 2014 Most Influential People in Cloud Computing, the Massachusetts Institute of Technology’s Distinguished Entrepreneur Award in 2013, and Ernst & Young’s Entrepreneur of the Year Award in 2012.

The Oracle Startup Cloud Accelerator program was launched in April of 2016 as an effort to springboard co-development and co-innovation involving Oracle’s partnerships with innovative Cloud-based start-ups that can push the boundaries of business process and technology innovation. In certain cases, that would include the process and decision-making areas that are now considered as the broad umbrella of supply chain management. A qualifier for this program is involvement and application of a disruptive technology, for instance artificial intelligence or IoT enablement. Bradford stressed that Oracle’s incubator approach is not numbers-driven, rather qualitative driven program that is focused on insuring a start-up’s success.

The program was launched in April 2016 with five designated start-up participants in conjunction with Oracle CEO Safra Catz’s visit to Bangalore, India, an area often described as a hotbed of tech and cloud computing development. Bangalore further provided the presence of a considerable amount of Oracle developer talent in the region. The overall program has since expanded to broader global dimensions to include Europe, Israel, Latin America, Singapore, and other regions.

This program provides an immersive six-month acceleration program where Oracle provides any needed co-working space, access to industry, technical and business experts for mentoring and advising, as well as complimentary access to Oracle’s Cloud based applications suites. Oracle indicates that it does not take an initial equity stake among program participants. Oracle further allows start-ups full access to the Oracle customer base to pitch their technology solutions, including the opportunity to attend OpenWorld and demonstrate respective technology to attendees.  After six-months, the most promising start-up are then allowed to move forward as Oracle alumni.

One of the start-ups that really caught this writer’s attention was Israeli based 3DSignals. This innovative technology provider’s moniker is a: “Sound-based Predictive Maintenance Platform,” somewhat of a different but fascinating and perhaps upside-down approach for IoT enablement. 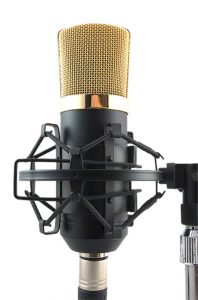 Machines and production equipment emit certain patterns of sound for both normal or abnormal operating states. It turns out that the application of ruggedized ultrasonic acoustic monitoring and deep learning technology to monitor production line machinery, can identify anomalies, classify patterns of equipment failure and predict issues before they interrupt production. Rather than multiple data readings, equipment sound patterns are continually monitored and analyzed to predict when certain machinery will likely fail. This approach avoids the needs for multiple sensor deployment providing multiple data streams that need to be analyzed.

Vice-President of Business Development Asaf Eldad provided some recent customer examples that included a rather large Italian public utility firm that had experienced many challenges in debugging the operation of a large-scale electrical generation turbine.  This turbine would shut-down prematurely shortly after initial start-up. The utility’s best engineers, monitoring all available operational data, could not ascertain the exact root-cause of the pre-mature shutdown and frustrations were growing among both the utility and manufacturer teams. Through an Oracle referral, 3DSignals was brought in and initiated sound monitoring data streams for various operational times, including initial start-up, that were uploaded to the Cloud for analysis.

A distinct sound distinction, described as a faint clicking-sound, was identified by the software. As Eldad explained, as soon as we enhanced and replayed this faint clicking sound, the General Manager of maintenance was able to immediately identify the clicking sound as a stuck relay switch, not associated with the turbine, but with the adjacent electrical infrastructure. This General Manager had knowledge of the clicking sound in his personal memory bank. That indeed turned out to be the problem after the subject relay was replaced.

Of course, some might argue that a bank of data sensors might have identified a failure issue. But in this specific example, the failure was not directly associated to the turbine but the adjacent electrical circuits.

3DSignals has to-date received a reported $6M in early seed funding and the sound detection technology has been utilized in monitoring oil and gas exploration equipment including deep-wells, among various other deployments. One clearly gets the impression that the founders have deep knowledge in sound wave technology and in correlating sound to various equipment performance levels.

Perhaps we can collectivity recall a grandparent, parent or neighborhood mechanic listening to an automobile or truck engine and declaring that something was not normal.  Its turns out that there is scientific foundation to such perceptions.