Once Again- Disappointments at Boeing

While some companies take flattery from having their corporate name continually cited by articles in trade and financial media, there are other times when more bad news does not flatter.

Such is the continuing case at Boeing, when on Wednesday, the Wall Street Journal reported that on the heels of troubles with its 787 Dreamliner program, the company will now record an additional $1 billion charge reflecting delays experienced on the 747-8 program.  The article, Boeing Settles In for a Bumpy Ride, (subscription may be required) notes that a similar difficult situation seems to be at play with the 747-8, even though the plane utilizes more traditional components, and employs more orthodox manufacturing processes.

In a single quarter, Boeing will take a combined charge related to both programs of about $3.5 billion, the most recorded in any single quarter. Boeing indicates that $640 million of the latest charge relates to both higher production and supplier costs.  The remaining $360 million was attributed to the company’s decision to cutback production to a mere 1.5 aircraft a month until 2013, no doubt a response to anemic demand of the air carriers for 747-8 plane deliveries right now.

Now that Boeing has revealed that its value chain problems extend in multiple program areas, the obvious questions are how systemic are these problems?

There has already been an applauded  change at the executive level of the commercial airplanes unit, with James Albaugh, who previously headed the defense division, now in charge, and attempting to address multiple ongoing issues.

Some speculate that Boeing’s engineering expertise has been stretched too thin.  Other commentary in the blogsphere points to Boeing’s outsourcing efforts as attempts to rid itself of labor union influence.  I recently penned a posting of what I feel were lessons learned thus far, that relate to transferring too much product and production risk to its suppliers, lack of hands-on management focus, as well as lack of timely two-way communications flow.  I also recently provided background commentary for the article, Boeing’s Delays Show Supplier Perils, appearing in TheStreet.com.

Senior executives sometimes have this innate ability to diagnose harmful events in hindsight, after these events have occurred.  An accompanying WSJ article, Dreamliner Production Gets Closer Monitoring, quotes Boeing’s Chief Executive Jim McNerney as indicating: “The initial plan outran our ability to execute it.  I think we got the balance wrong at the beginning of this program”

As my kids would sometimes lament: “Dad, your command of the obvious is overwhelming.”

Boeing has obviously been awakened to the fact that the rewards of its innovation cannot come without due-diligence up and down its value-chain.  The pressures are building and initiatives are obviously underway to address the numerous operational problems, but suppliers remain at risk.  Not all suppliers can absorb multi-billion dollar charges.

We need a robust Boeing, a vibrant aerospace industry, and a post-recession recovery driven by breakthrough product innovation..

I continue to wish Boeing the best in its supply chain efforts, and I sincerely hope that my next blog posting related to Boeing is not about more failure within its value-chain 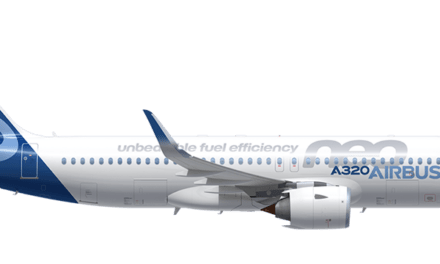 Airbus Once Again Threatens Impacts of a Hard Brexit