Events on the global trade and tariff front are moving at such a rapid rate, that the Supply Chain Matters blog elected last week to provide weekly or bi-weekly update commentaries depending on the pace and impact of events.
In last week’s commentary, we highlighted some specific impacts on U.S. and other globally based companies and industries. 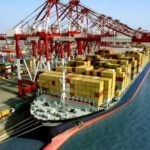 Today marks a significant milestone in that at midnight last night, the United States imposed tariffs as high as 25 percent on $34 billion of components produced in China and exported to the U.S.  Today’s round was announced back in April as a means to garner China’s attention for intellectual property protections for U.S. companies doing business in China. The Trump Administration has threatened additional 10 percent tariffs on an incremental $200 billion in Chinese products if China retaliates with tariffs in this current round. As we pointed out in last week’s commentary, a Chinese retaliation is a certainty. Once more, many trade observers are indicating that there is little hope that any of these two nations will come to compromise in the near-term, certainly with a U.S. Congressional elections occurring in November.
China’s retaliatory tariffs are expected to target U.S. imports of soybeans, agricultural products, commercial aircraft, automobiles and SUV’s, computer chips and various electronic equipment. The majority of impact, however, is focused on agriculture and food sectors.
Thus far, the tariffs represent a small portion of total trade among the U.S. and China, and do not involve direct consumer products. However, as our readership is well aware, all of that can change as the economic costs of tariffs primarily imposed on intermediate on inbound materials make their way to end-products.  Further, as President Trump continues with an escalation-based strategy of attempting to force nations toward tariff-free policies and perceived openness to U.S. manufactured products, the threats for broader trade wars involving multiple major markets grow ever so perilous.
Agriculture- The Current Prime Target
Business and general media in the U.S. have been particularly profiling U.S. farmers, who are already feeling the first economic impacts of foreign demand reductions. As noted, specific agricultural categories have been targeted because they represent regions of Trump voter support.  U.S. soybean and pork providers are especially vulnerable. The China market represents about a half of U.S. soybean exports and cited Purdue University study estimates an economic loss of $3 billion from soybean tariffs alone. Other Chinese import tariffs affecting pork, wheat, dairy and fruit and various seafood products will take a toll on foreign demand. About 25 percent of hogs raised in the U.S. are sold in foreign markets. Not only will U.S. hog framers be impacted by tariffs imposed by China, but those currently imposed by Mexico as-well. The European Union, in response to previously imposed U.S. tariffs on imported steel and aluminum, has imposed tariffs on corn, tobacco, rice peanut butter and orange juice products.
We viewed a news network interview with a U.S. hog farmer who indicated he was willing to be patient with the Administration’s current trade efforts and hoped that there was a grand strategy involved. That was an insightful question, since any evidence of such a strategy seems fleeting. Already, business interests in China and Mexico have been seeking out alternative sourcing for agricultural products such as soybeans and pork.
Potentially Impacted Companies and Other Industries Growing
This week brought reports that Kraft-Heinz has voiced concern over the import tariffs posed on ketchup by Canada.  The Heinz ketchup brand is a market share leader in Canada, but as business network CNBC reported, the company closed a factory in Ontario in 2014 with the loss of 700 jobs.
Similarly, CNBC reported that Campbell Soup may be impacted by Canada’s 10 percent tariff imposed on canned soups. In January, the company announced the closing of production facilities in Canada that involved the cutting of nearly 400 jobs.

Situational Perspective
As Supply Chain Matters noted last week,  while many hope that escalating trade tensions will eventually come to reason, the reality is that all are subject to political forces, which are highly uncertain, and subject to saving face.  No country seems to be the first one to blink, and it would appear that many cannot figure out the end-game of the Trump Administration.
Today marks a reality that the Trump Administration’s aggressive trade actions are becoming oblivious to near-term or longer-term industry and individual business impacts. A belief that previously legislated corporate tax reforms can shield consumers from added cost and inflationary impacts seems prominent, as is ignorance to the realities of globally interconnected supply chains. Even if U.S. manufacturing were to benefit from all of these tariff moves, it likely will face a far more-costly supply chain network ecosystem.
Industry supply chain teams will have to deal with the brute realities of supporting near-term and longer-term business revenue and profitability objectives, including attempting to figure out the next moves in the geo-political climate. While all of these events occur, new product demand and supply chain sourcing patterns will emerge.
President Trump declares that: “trade wars are good and easy to win.” We reply that there are no winners, rather there are few survivors, those that have the most political and global supply chain influence.
Stay-tuned.
Bob Ferrari
© Copyright 2018. The Ferrari Consulting and Research Group and the Supply Chain Matters® blog. All rights reserved.