Over this weekend, international media has been reporting on New Zealand’s worst maritime disaster, the story of the stricken cargo ship Rena which is breaking-up on a highly ecological barrier reef.  The vessel 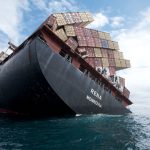 struck the Astrolabe Reef enroute to the port of Tauranga in early October and has remained aground all of this time.  The ship is registered in Liberia, owned and crewed by the Greek shipping company Costamare Inc., and was under charter to Mediterranean Shipping Group (MSC).  Reports indicate that the ship has been servicing routes involving Australia, China, New Zealand and Singapore.

This incident has many twists and turns. The actual grounding incident occurred on October 5th when the cargo ship ran head-on to the reef steaming at 17 knots. The reef itself has been documented on sea charts for over 200 years. At the time of the incident, the ship itself was some distance off course and outside recognized shipping lanes.  Both the captain and second officer, who were in command at the time, were previously arrested by New Zealand maritime authorities and await a formal investigation and hearing.

The ship containers and fuel were initially spilled into adjacent waters. Since October crews were somehow attempting various salvage operations, but continued high seas in the area have finally taken a dangerous toll as the ship is now breaking-up and threatens to do more ecological and other physical damage.

A BBC video and news report this morning notes that heavy seas have snapped off the stern section of the vessel and up to 300 containers have been washed overboard.  Some containers contained milk powder but there are concerns for some potentially dangerous cargos.  Salvage crews, however, had managed to attach tracking devices to suspect containers.  As can be viewed in the video and news account, two parts of the ship are now 20-30 meters apart and the hull has been breached by waves. The BBC reports that container recovery company Braemar Howells noting that 200-300 containers out of 800 still aboard had additionally washed overboard when the ship split. Salvage crews, however, had managed to remove 1100 tonnes of fuel oil from the vessel up to this point, but 385 tonnes remain on board, which to some small extent limits the potential for a far more severe ecological disaster.

This is yet another visible incident of the increasing potential for physical and environmental harm focused in ocean container shipping.  Readers may recall our coverage of the August 2010 incident involving two ships that collided near the port of Mumbai which also provided international news media with many visuals related to the dangers of these incidents.

This incident, however, has far more issues at play. A report published by the New Zealand Herald in late December notes that this vessel had at least 17 documented safety problems identified through ongoing safety inspections conducted in China, Australia and New Zealand prior to the actual grounding incident.  The violations included the metal pins securing cargo container . Authorities in Australia impounded the vessel, noting that containers might not remain secure in rough weather, but released it the next day after Liberian maritime authorities intervened and declared the ship safe to sail. In late September, just prior to the incident, inspectors in the New Zealand port of Bluff documented 19 problems, but allowed the vessel to continue.   The NZ Herald article features one excerpt of mention that should capture the attention of ocean container shippers:

“Whether or not the problems found in July contributed to the navigational error in October or the subsequent loss of cargo, experts say the Australian records paint a picture of an aging ship in poor repair and highlight a dangerous cost-cutting culture under the so-called flag-of-convenience system.”

The whole issue of “flag of convenience” registration, which now accounts for more than half of merchant cargo vessels, is used as a means to avoid safe operating procedures. It is an issue that is sure to come under additional scrutiny in the coming months.

Supply Chain Matters and other industry media have already noted the ongoing excess capacity and financial challenges now impacting the ocean container industry. Too many ships, declining cargo volumes and hemorrhaging balance sheets are evident.  The industry must now come to grips with a potential byproduct, namely issues of overall safety, crew competency and sea readiness of vessels. 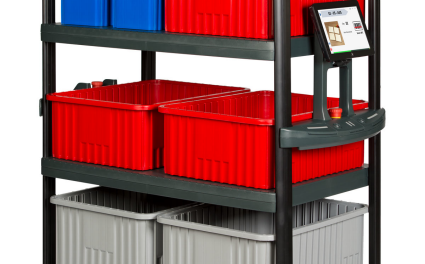