In our industry specific coverage of commercial aerospace supply chains, Supply Chain Matters has featured a number of prior commentaries concerning Bombardier’s CSeries aircraft program, and its efforts to penetrate single-aisle commercial aircraft market with the likes of an Airbus, Embraer or Boeing. Recent program setbacks have impacted the CSeries program and in January came the announcement that Bombardier’s senior head of commercial aircraft sales had resigned due to personal reasons. 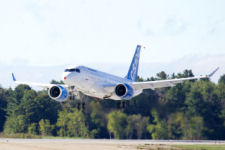 Now comes this week’s news that Bombardier is undergoing a senior executive shakeup, switching its chief executive and chairman as it adjusts to the soaring cost of the new CSeries passenger jet.

Laurent Beaudoin, a member of the family that has controlled Bombardier since it was founded will be replaced as chairman of the board by his son Pierre, who is stepping down as CEO after nearly seven years. Reports indicate that Mr. Beaudoin was the executive sponsor of the CSeries program. The Canadian diversified transportation manufacturer has now tapped former United Technologies aerospace executive Alain Bellemare to be its new CEO.

Mr. Bellemare, with Canadian background, departed his post as president and CEO of UTC’s Propulsion & Aerospace Systems business unit in mid-January after two and a half years at the helm. Reports indicated that his departure came after a new CEO was selected at UTC.

Our online background searches indicate that Mr. Bellmare’s participation in UTC’s aerospace businesses provide him a deep understanding of global aerospace supply chains and ecosystems. At UTC, Mr. Bellmare’s leadership responsibilities included the Pratt and Whiney and Aerospace Systems business units. He has a manufacturing and engineering background and overseen program ramp-up programs.

The new CEO will have a lot on his plate. The aerospace manufacturer reported a $1.6 billion loss in its most recent quarter after incurring a $1.4 billion write-down associated with cancelling its Learjet 85 program. This week it unveiled plans to raise up to $2.1 billion additional capital and suspended its dividend payments. According to a published report from The Wall Street Journal, Bombardier’s controlling family has collected roughly $20 million dollars in annual dividends. Reports from Canadian business and general media further indicate that the CSeries program’s cost has risen to $5.4 billion from $4.2 billion a year earlier. A report from Canada’s Financial Post indicates that the new CEO may be on a short leash and calls into question whether this is just an executive shuffling of chairs.

Obviously, the CSeries aircraft has to meet its in-service milestone later this year. Its supply chain ecosystem must execute to all milestones.  This aircraft’s success is now clearly dependent on its in-service performance for airline customers. 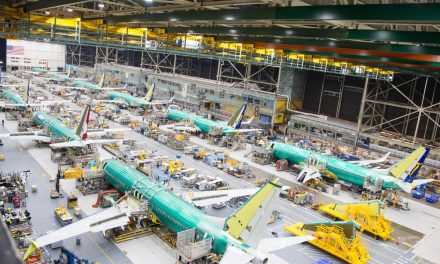