Some new significant information has become known regarding the Amazon and Whole Foods integration plans, information that provides additional indicators of the integrated retail strategy that will unfold over the coming months.

In a mid-February Supply Chain Matters commentary, we updated readers on the likely first initiative, plans for integrating the online and physical store merchandising, inventory management and customer fulfillment capabilities of the two organizations. The announcement implied that Amazon Prime Now customers will eventually have the ability to shop a wide variety of Whole Foods product selections, and the implication is that Amazon’s fulfillment system will have visibility to local or multiple store inventory, where fulfillment will likely originate.

Complicating the rollout announcement was that Whole Foods was already experiencing on-shelf availability challenges regarding certain fresh and other product selections, likely because of the rollout of a centralized inventory procurement and direct-store-delivery program that was initiated prior to the Amazon acquisition. 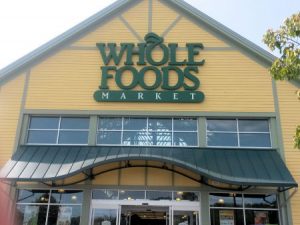 Business Network CNBC reported earlier this month that a small footnote in Amazon’s Annual Report quantifies the financial commitment being made to the grocery and natural foods segment, beyond the initial acquisition costs.

Amazon reportedly took on an additional $22 billion in contractually obligated future purchase commitments. According to the report, that balance also appeared in Whole Foods securities filings, and is almost entirely tied to the natural foods chain’s contract with supplier/food broker United Natural Foods (UNFI) based on CNBC estimates and prior filings. Further reported is that the new supplier agreement extends to 2025, well beyond current grocery industry contract norms. The implication being made is that Amazon has initiated a longer-term supply agreement to assure a supply pipeline for both online and in-store merchandising and inventory management needs.

Another new development disclosed this week is that Whole Foods has scheduled a supplier summit for March 19th.  The meeting’s purpose is to reportedly smooth over supplier relations that have been frayed by pre-acquisition initiatives including the centralized inventory management system and a new servicing fee proposed a few months ago that in-essence, has Whole Foods itself assuming the role of a food broker. According to a separate published report from CNBC, Whole Foods wants to charge food producers a fee ranging from 3-5 percent of sales for such added services, and suppliers are not pleased with that fee. The underlying concern is that in taking more control of customer buying data, Amazon gains the benefit of additional customer buying intelligence as well as the ability to directly negotiate pricing directly with large food producers.

The food and grocery industry dynamics relative to Amazon’s direct entry are underway with reports of extended supply and distribution agreements and building concerns among larger food suppliers. Obviously, this is just the start of such dynamics when a power such as Amazon makes its presence.

Response Management Capabilities Are Being Put to Another Significant Test