My Annual Rant: Stop the Speculation in Oil Markets

I have seldom utilized this blog to support political or legislative reform, but there are a few topics, such as the speculation of oil markets, that truly warrant discourse.  A little over a year ago, I penned a posting, Stop Oil Speculation- A call to Action. Now one year later, I will again rant for your attention in adding your voices to this critical issue. Apprantly the voice of twelve airline CEO’s and others was not enough.

A recent article in the Wall Street Journal, Traders Blamed for Oil Spike, (subscription may be required) notes what many in our community have been suspecting for quite some time, that financial speculators played a significant role in driving wild swings in global oil prices.  According to the WSJ article, The Commodities Futures Trading Commission (CFTC) plans to issue a report in August that will add fuel to the growing debate that large-scale financial hedging, involving hundreds of billions of dollars in contracts have well been driving market volatility.  The report is also expected to contain a much more detailed analysis of whether investors in contracts hold massive market positions tied to oil and other commodities.

Readers may well recall that it was last summer, when the price of crude oil dramatically spiked to the $140 per barrel range, driving unprecedented increases in transportation, diesel, aviation, and other petroleum based product costs, that I penned my call to action around oil speculation.  At that time, the U.S. airline industry was showing bold leadership in a call to action, and here we are, one year later with more potential evidence.

Of late, political and legislative leaders have been hearing direct feedback from their constituencies. In an op-ed piece published in the Wall Street Journal by French President Nicolas Sarkozy and U.K. Prime Minister Gordon Brown boldly indicated that governments need to act to curb volatile oil prices. “Governments can no longer stand idle. Volatility damages both consumers and producers. Those who rely on oil and have no substitutes readily available have been the victims of extreme price fluctuations beyond their control — and apparently beyond reason.”

Recent reports of an energy desk trader for Citigroup earning a $100 million dollar bonus for his efforts in driving market transactions are the clearest sign of outrageous speculation activity.

Proponents of oil speculation have the audacity to claim that commodity speculators and hedge funds have added liquidity to markets, and that price gyrations have occurred because of normal supply and demand forces in the market.

The argument that this is big government trying to manipulate an industry just doesn’t hold much water. Quite the opposite, how much free market is enough!

The supply chain community needs to join others in supporting regulation that limits massive and artificial speculation in commodity markets.  We have all observed the devastating effects of volatile oil on transportation and reliable supply of goods.

I once again urge all readers to visit the Stop Oil Speculation web site, contact your legislative leaders and add your support for oil speculation reform. 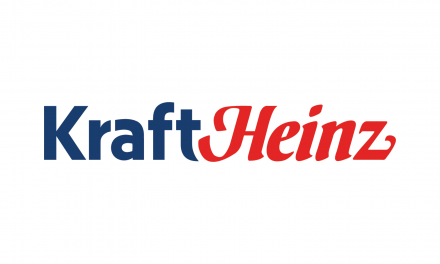