Supply Chain Matters shares additional information regarding the pharmaceutical and drug industry impacts from the catastrophic impacts of Hurricane Maria that struck the island of Puerto Rico over three weeks ago.

According to a published report by The Washington Times, The Federal Drug Administration (FDA) has raised a red flag c 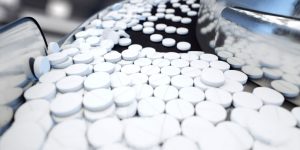 In our last update, we highlighted a report from The Wall Street Journal indicating a letter issued by Baxter International and communicated to impacted customers that “multiple production delays” are impacting that manufacturer’s ability to restore supply of two medicines that were already characterized as in a constrained supply condition.  The products are the intravenous fluids dextrose and sodium chloride, used to treat hospital patients.  According to The Washington Times report, on Friday, the FDA announced that it was working directly with Baxter to: “prevent a significant shortfall of production of Baxter’s sodium chloride 0.9 percent injection bags from its Puerto Rico facility.” The Times reports notes that the sodium chloride “mini-bags” are widely used with patients who require intravenous fluids, and the liquids are often injected with a saline mix as-well in the hospital setting.

On Thursday of last week, Baxter issued a statement to investors indicating that the manufacturer’s three Puerto Rico manufacturing sites sustained minimal structural damage from the impact of Hurricane Maria, and limited production activities resumed across its facilities within one week of the storm. The release does note that manufacturing operations are being driven by diesel generators designed to power the facilities and satellite communications are also being used to restore connectivity and support plant operations. Baxter noted that it has been working with the FDA and was granted regulatory discretion for temporary special importation of certain products from Baxter facilities in Ireland and Australia to help support product supply for the U.S. market:

“While these actions will help mitigate some of the projected shortfall in supply, they will not be adequate to fully bridge the gap in the near term. Baxter will continue to do everything it can to ramp up production in Puerto Rico in the weeks ahead and, with the support of special importation granting from FDA, continue to utilize its other facilities to help address product demand in the United States.”

Indeed pharmaceutical and drug production plants on the island have been running on backup generator power since the hurricane struck over two weeks ago.  The Governor of Puerto Rico indicated that it would take until the middle of December to restore the total electrical grid for all residents of the island, but priority remains to restore electrical utility services for the island’s hospitals and other critical infrastructure such as water treatment and sanitation facilities as soon as possible. Likely, the island’s production facilities would be the next in-line for priority for restoring electrical utility services which would help residents to begin earning an income.

Amid the continued suffering on the island are continued reports of dissatisfaction among residents with the overall emergency response from U.S. federal disaster agencies.

The Associated Press reported today that raw sewage is pouring into the rivers and reservoirs of the island and people without running water bathe and wash their clothes in contaminated streams, and some islanders have been drinking water from condemned wells. A reported 20 of the island’s 51 sewage treatment plants remain out of service “Puerto Rico is only beginning to come to grips with a massive environmental emergency that has no clear end in sight.”  That challenge alone may delay the opening of pharmaceutical plants beyond availability of reliable electrical supply.

It is likely at this point that many of the pharmaceutical and drug producers with facilities or contract manufacturers located in Puerto Rico are in the process of activating supply disruption planning, including the need to place some drugs on allocation, depending on the near-term availability of alternative supplies. In the case of Baxter, the FDA is working with that firm on the potential of importing additional product from facilities in Ireland and Australia. Likely there are other plans among many of these affected drug producers.

In the meantime, hospitals and healthcare providers will need to continue to closely monitor ongoing communications from drug distributors and manufacturers as to which specific drugs may be critical short supply.