Supply Chain Matters has previously posted commentaries reflecting on the ongoing brand, product and supply chain learning implications regarding the Samsung Galaxy Note 7 product recall crisis.  Incidents of fires presumably caused by lithium ion battery thermal runaway remain a concern, as is the damage to the Samsung brand. If you have recently flown on a commercial airline, you may have noted specific announcements that any passenger in possession of a new Galaxy Note 7 is specifically directed to not turn the device on during flight.  Ouch! 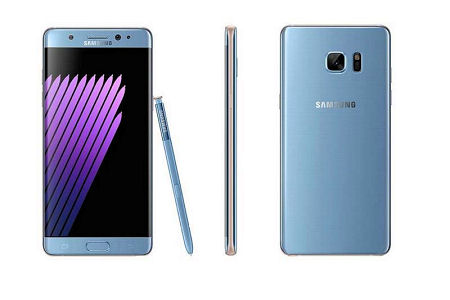 There are now some additional perspectives related to this ongoing situation. Bloomberg Businessweek has just published a report: Samsung’s $2 billion Mistake. This report opens with the declaration: “Few things motivate Samsung employees like the opportunity to take advantage of weakness at Apple Inc.” The essence of the Bloomberg report is a belief that Samsung thought it could one-up rival Apple’s lackluster product launch by rushing out the new Note 7 phone before the launch of Apple’s new lineup of iPhones. Bloomberg indicated that the approved launch of the new model was 10 days earlier than last year’s model.

By pushing up the deadline for product launch, suppliers were reportedly pushed to meet tighter deadlines despite significant technology features including a more powerful and faster charging battery. A supplier source with knowledge of the situation indicated to Bloomberg that Samsung employees repeatedly changed their minds about product specifications and schedules. Samsung reportedly declined to comment to Bloomberg as to whether it indeed pushed up its product release timeline for the new Galaxy Note 7.

The report further cites a source with knowledge of the matter as indicating that the main battery supplier for the Note 7 was indeed Samsung SDI, which is 20 percent owned by Samsung Electronics. The report indicates that during the initial crisis period, the phone division pointed fingers at its sister battery division, while teams argued that the problem could lie elsewhere, including the circuit design or insulation. Samsung did indicate to Bloomberg that there is no longer debate and that the phone division has ken responsibility.

Reports to government agencies in South Korea, China and the United States have since concluded that an error in production may have put pressure on the plates within the battery cells, causing the anode and cathode poles to come into contact and trigger excessive heat. That was indeed the explanation of a well written analysis by Brian Morin on Seeking Alpha which we highlighted in our September 16 Supply Chain Matters commentary. Bloomberg further made reference to the chairman of the U.S. Consumer Protection Safety Commission (CPSC) as being more explicit.  He indicated that the new battery was slightly too big for its compartment and tight spacing caused a pinch that may have created the short circuit.

Since the announcement of the Galaxy Note 7 product recall, there has been one report from China indicated that a phone, installed with the new replacement battery, also encountered a battery fire. That is raising new concerns and Samsung is investigating these new incidents.

Reports now indicate that the current recall could cost Samsung as much as $2 billion. That would be a costly lesson in rushing a product to market before engineering designs are adequately tested.  A further on question is whether the product design defect resides just with Samsung or Samsung SDI, the battery supplier.  In the latter, batteries are supplied to other smartphone manufacturers.

To its credit, Samsung management has listened to employee feedback to never compromise on customer service and to conduct the ongoing global product recall. However, when all the dust settles, the Note 7 incident will provide some expensive learning om many dimensions.

A Supply Chain Matters Podcast with Dr. Parag Khanna, Author of The Future is Asian