Since our last Supply Chain Matters blog update penned on the morning of Cyber Monday, more trending information has  been reported regarding the first significant week of the 2018 holiday surge period. 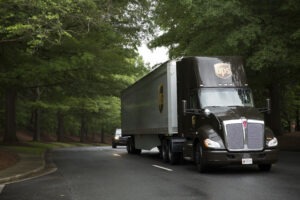 We noted earlier data published by Adobe Analytics, which tracks transactions for 80 of the top 100 Internet retailers in the United States, that this year’s Black Friday online shopping holiday amounted to $6.22 billion in online sales, an increase of 23.6 percent from the year-ago period.  The Friday after the Thanksgiving holiday also set a new-record for online sales stemming from mobile devices. According to Adobe Analytics, 33.5 percent of Friday’s e-commerce sales stemmed from mobile devices, compared with a reported 29.1 percent in 2017. Adobe has since reported that online Cyber Monday sales set a new one-day record of $7.9 billion, an increase of 19.7 percent from last year. This year’s Cyber Monday  now qualifies as the largest online shopping day in the U.S..

Adobe data further indicated that orders placed online for pickup at retail store experienced a record 50 percent increase year-over-year, which is an optimistic indication that the retailers have finally found the way to integrate the online and in-store shopping experience.

Data from The National Retail Federation (NRF) indicates that upwards of 165 million shoppers visited either online platforms or physical stores during the five days that spanned from the Thanksgiving holiday thru Cyber Monday. That number was down 5 percent from the same period in 2017 with 174 million reported shoppers. According to NRF data, the average shopper spent slightly over $313 on-average, less that the $337 average reported in the same period of 2017.

The NRF and other industry watchers noted that most retailers started promotional programs much earlier but did not offer deeper discounts from those observed in 2017. There is a belief that with an extra weekend of shopping in 2018, shoppers may be extending their purchasing activity thru December, most likely in search of deeper discounts or hidden bargains.

All three parcel delivery networks have several weeks remaining of surge volume, while the U.S. is experiencing earlier incidences of snow and ice storms.

Amazon similarly had its logistics and leased transportation networks tested over these five days. Similar to years prior, Amazon further dealt with Black Friday worker stoppages in customer fulfillment centers located in Italy, Germany, Spain and the United Kingdom reportedly involving thousands of workers protesting perceived unsafe working conditions and low wages.  Supply Chain Matters along with other media have echoed the darker side of Amazon’s work culture within logistics, warehouse and last-mile fulfillment operations.

This week, Amazon declared that Cyber Monday was the single largest shopping day in the online retailer’s history, but declined to share volume or sales data,

After the first critical period of the 2018 holiday surge period, the news for industry supply, demand and customer fulfillment networks is rather positive. With 25 shopping days remaining, and with history indicating several of those days to be one billion plus sales in scope, industry networks will remain diligent and agile in supporting expected volumes or unplanned events.

Thus far, there is cause for optimism.