Lumber Liquidators is reported to be one of the largest and fastest growing retailers of hardwood and laminate flooring in North America.  This weekend, a broadcast report from CBS News’s 60 Minutes program turned a public light on this retailer’s supply chain and the consequences are becoming quite troublesome from a brand and financial perspective.

The 60 Minutes report concluded that:

“Much of its (Lumber Liquidator’s) laminate flooring is made in China, and as we discovered during our investigation, may fail to meet health and safety standards, because it contains high levels of formaldehyde, a known cancer causing chemical.”

All laminate flooring carried by Lumber Liquidators bears a label indicating that it is CARB Phase 2–compliant, referring to the California Air Resources Board, which sets standards for formaldehyde emissions in wood flooring.

The program reported these findings after conducting its own sanctioned tests of select flooring and after interviewing workers among various China based suppliers. An executive director of a nonprofit group was teamed-up with a prominent environmental attorney, to test the Chinese-made laminate flooring. Chinese suppliers were interviewed by a 60 Minutes reporting team posing as buyers and using hidden cameras. Employees of three Chinese mills indicated they were using core boards with higher levels of formaldehyde to save the retailer up to 15 percent on price. Three mills further admitted on camera to falsely labeling products as CARB 2–compliant. The report then concluded:

Lumber Liquidators’ founder and chairman, Tom Sullivan, indicated to 60 Minutes that the tests weren’t valid and said the company isn’t required by law to test finished products, as the program did. In a filing with the U.S. Securities and Exchange Commission on Monday, the company reiterated that the testing method on which the CBS program based its report was improper. It said it is fully compliant with California standards. “Our laminate floors are completely safe to use as intended” the filing said.

While this retailer vociferously insists that its flooring is safe and meets certain standards for environmental safety, the initial fallout among investors has been severe. Shares of the company’s stock closed down 25 percent today, and were halted through the morning ahead of a planned news release. A published report from MarketWatch indicates that this retailer blamed the attacks as the work of short sellers, “who are working together for the purpose of making money by lowering our stock price.” This report further indicates that short interest in Lumber Liquidators stock reached 30 percent ahead of the CBS program’s airing, according to FactSet data. The company is reportedlybeing sued by environmentalists, backed by a group of Wall Street short sellers, who accuse the company of violating California’s toxic-warning statue.

Beyond the Wall Street and legal messiness, this incident is yet another example of the needs for transparency across the global supply chain, particularly when an individual country’s or state’s product safety standards are cited. Interpretation of standards can tend to take on a different lens from different suppliers and thus the need for vigilant and consistent supplier monitoring. Supply chain focused snafus or product quality issues continue to cause reverberations for brand loyalty and investor confidence. The fact that news networks can place hidden cameras and conduct interviews of a company’s suppliers is further cause for concern.

No doubt, the situation at Lumber Liquidators will continue to reverberate among business headlines in the days to come. 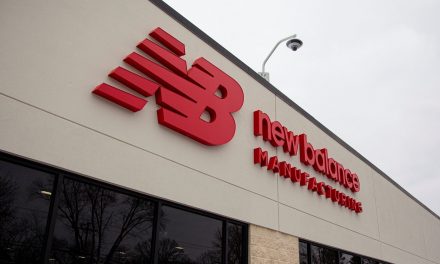