The following commentary can also be viewed and commented on the Supply Chain Expert Community web site.

There is a developing story that should capture community reading interest because of its supply chain related learning. 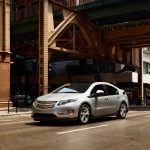 One of the current day business news headlines concerns the General Motors developed Chevrolet Volt, the company’s premiere entry into the plug-in hybrid automobile market. The Volt has been highly touted as the future of automotive technology, and aggressive production, marketing and sales goals have been established for 2012. The vehicle currently comes with a rather pricey sticker price, namely $41,000, and GM believes that the innovative features of the futurist car will overcome price concerns.

After some months of initial sales, The National Highway Traffic Safety Administration (NHTSA) in its initial testing of the Volt has discovered instances of battery related fires.  Three NHTSA crash tests caused the car’s batteries to catch fire days or weeks after the test, a somewhat unusual occurrence.  While GM is still investigating root cause, suspicion points to a battery cooling system which may have been damaged as a result of the crashes.  GM has been quick and proactive to respond to this situation, has placed retail sales on-hold pending further investigation and has offered concerned owners options for either a free loaner car or the opportunity to return the vehicle.  GM however indicates that it remains highly confident of the safety and ultimate consumer acceptance of the Volt, and on resolving the current issues.

There is also a broader supply chain voice perspective to this story, one from which senior executives and cross-functional supply chain teams may benefit.

In late August, Bloomberg BusinessWeek featured an article; General Motors CEO Dan Akerson is Not a Car Guy.  We had cited this article in previous Supply Chain Matters commentary. The article itself reflects on GM’s newly appointed CEO, his lack of direct automotive industry experience, and more importantly his mission to change years of previous in-bred management culture at GM.  With the help of a hefty U.S. government financial subsidy and massive re-organization plan, GM is transforming itself to a leaner company.  Thousands of jobs have been shed and the survivors are being asked to be much more productive, agile and out-of-the-box thinkers. The article provides one management perspective quote from Akerson: “It’s not my role to make people comfortable. I don’t know what it was like five years ago, and really I don’t care. We are in a war.”

The article, however unintended, perhaps provides us another perspective relative to the current Volt situation. It cites a December 2010 management meeting when the Volt product development team had developed its plan to initially build 45,000 Volts, and assumed that the plan was “baked and ready to go”. Akerson instead challenged the team to come up with a plan to build 120,000 units, under the assumption that someone informed him (perhaps from sales and marketing) that a vehicle needs to sell at least 100,000 units to be successful.  Volt engineering and product development teams however were keenly aware that it took Toyota and its Prius model about seven years to hit the numbers that Akerson was requesting.  The other looming implication was that contracted suppliers would have to quickly nearly triple the volume of the vehicle’s high tech parts, especially its volume supply of lithium-ion batteries.

While readers can take in the rest of the story, we jump ahead to note that the final decision was to set a build plan for 60,000 units, one-third more than the originally recommended plan, but half the Akerson unconstrained challenge plan of 120,000.

A recent Wall Street Journal article  (paid subscription or free metered view) reflects on the current Volt situation before the fires.   The article also notes that supply was especially short through July, when only 550 of 2600 interested dealers had a Volt to show off to customers. Toward  the article’s  end, there are comments from GM legend and former Vice Chairman Bob Lutz, the originator of the Volt concept design.  Lutz notes that the car’s main problem is the high expectations it faces, and that this year’s build plan was far  too ambitious and the ramp-up was just too slow. Mr. Lutz affirmed his belief in the success of the Volt and described its ultimate success in  baseball analogy  as a “bases-loaded home run “. While we certainly do not profess to know all of the facts and details surrounding the Volt’s product plans and can only speculate what is being written, there is some learning surrounding this evolving story.

The point of view of Supply Chain Matters is that CEO’s and senior management have every right to challenge the status quo and encourage innovative thinking.  That stated, there is also the notion that operational and supply chain experience provides a basis of some understanding of what may be realistic plans, given various realities of ramp-up planning, volume production and testing.  Readers may also recall that other hybrids such as the Prius have experienced other problems along the way, such as braking, engine stalling and software issues, which were all overcome.  After all, this is new technology.

The most innovative design or coolest product can only succeed when all the links in the supply chain operate together, and, when appropriate, the voice and experience of supply chain should trump the needs for bravado.

The Day of the Big Apple Product Announcements- Will the Supply Chain Deliver on High Expectations?

The Saga of Supplier Takata Reaches a Sad Conclusion- What Has Been Learned?