As noted in an earlier Supply Chain Matters commentary, manufacturing and retail focused transportation and logistics teams remain concerned about a potential disruption across U.S. west coast port operations with the expiration of the labor contract among west coast dockworkers and the Pacific Maritime Association (PMA) expiring of July 1. Thus far, reports indicate that the two parties remain committed to further negotiations without wholesale shutdowns of port operations.

Now comes a new twist. The Associated Press reports that this week, 120 independent truck drivers that have been involved in an ongoing labor dispute with three trucking companies serving the ports of Los Angeles and Long Beach began their own labor stoppage. Thus far, the impact has been reported as minimal but the threat remains for a potential broader disruption if the picketing truck drivers move their demonstration from trucking offices to dockside terminals where organized dockworkers reside. The striking drivers are apparently categorized as independent contractors vs. full-time employees, and seek to be granted full-time salary and benefits. The three trucking companies each service the respective ports. The AP points out that in past trucker related work stoppages, dockworkers joined in the work stoppage in solidarity, but returned to work when an arbitrator ruled that such a job action was not permissible under existing labor contract.  Technically, with the labor contract expired, an arbitration process is not in effect and dockworkers cannot be forced back to work. None of the involved parties are willing to speculate on what may happen.

Readers can obtain a clearer sense of what may be at-stake in the current west coast dockworker and other related labor negotiations from articles published by SupplyChainBrain and today within the Wall Street Journal’s Property Report section.

SupplyChainBrain observes in its commentary that west coast ports were already struggling with too much capacity along with severe congestion. A port official is quoted as indicating that since 2002, as much as 8 percent of market share has been ceded by west coast ports. When the larger container ships began to enter service that could not fit through the Panama Canal, port operators assumed that they had won the battle as the preferred destination. Author Robert Bowman points out: “Many facilities struggle to reach average, let alone world-class, levels of productivity. While they can lift containers on and off ships at a rate that’s competitive with ports in Europe and even Asia, getting those boxes out of the facility and onto trucks or trains is another matter entirely.”

The WSJ article observes that east coast ports such as Baltimore, Houston, New York, Norfolk and Miami are busily preparing for the completion of the widening of the Panama Canal expected to be completed in 2016.  The article quotes one brokerage as indicating that as much as 25 percent of current west-bound cargo shipments from Asia could shift to both Gulf and east-coast ports because of perceived cheaper per-unit shipper costs.  All hinges on the increased deployment of Panamax ocean container vessels that carry upwards of 12,000 in TEU container volumes. Anticipation of the potential shift of west-bound cargo movements has apparently fueled speculation in added warehousing and logistics facilities among these various east and Gulf coast ports. According to the WSJ, there are more than 12 million square feet of new industrial facilities under construction adjacent to eastern and southern ports. Baltimore alone has 4.9 million square feet of new space in the pipeline, while New York has 2.6 million square feet under development. Thus, commercial real-estate developers are betting big on a shift in ocean transportation routings.

However, the WSJ was also quick to note that the speed and cost of logistics are the ultimate determining factor for pending transportation shifts, namely how quickly the ocean container arrives at its final destination and at what cost. Today, inter-modal routing from west coast ports to rail and surface links can move containers from west to east coast destinations in approximately 8 days but such routing can be expensive and as noted, subject to congestion bottlenecks.  Routing the same cargo through a widened Panama Canal could equate to an additional 10-12 days but containers arrive closer to destination markets in one movement.

The economics and decision points obviously hinge on the ability of any carrier and port to be able to efficiently and rapidly load, unload and track cargo and containers as well as adhere to competitive transit times. Carriers are involved as well since their goal remains on saving overall fuel costs which often equates to slower steaming and transit times.

It all comes down to productivity throughput, port modernization, added automation and the proverbial “last mile” consideration. Port congestion leads to idled time, equipment and resources which cascades to supply chain delays.

That is what at-stake in the current labor negotiations and those stakes are high. Supply Chain Matters joins the voices of other industry supply chain and trade organizations in urging responsible labor negotiations for both sides. The stakes are indeed far broader and higher, and involve dimensions of continued U.S. supply chain competitiveness. 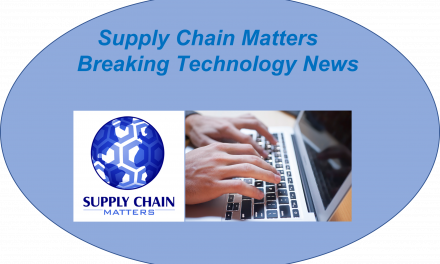