Our Supply Chain Matters readers have likely discerned that the notions of globalization are being challenged across many political and media platforms these past months, including this blog platform. Many are beginning to question the benefits, and the global and domestic supply chain implications brought about by globalization. That includes the potential for exploitation of labor and of worker safety. While many of our prior blog commentaries have brought forward reported incidents among lower-cost global manufacturing regions such as Bangladesh, China, or Myanmar, we were taken back to read a report of such conditions in the United States.

As a supply chain management community, we can sometimes turn a blind eye when production facilities in external countries provide workers with unsafe conditions. Burning factories with workers inside, workers forced by economic needs to work excessive hours have not stopped U.S. companies from doing business with suppliers residing in these nations. Rather, there is a call for factory audits and oversight when unsafe working conditions become public.

We now have a report that may well serve as a call for audits and responsible actions for certain U.S. production facilities.

The Bloomberg Businessweek published article, Inside Alabama’s Auto Jobs Boom: Cheap Wages, Little Training, Crushed Limbs- The South’s manufacturing renaissance comes with a heavy price is a sobering account of jeopardized worker safety in its most concerning form. Take away any reference to the location, and one could assume the report describes a low-cost manufacturing region within an emerging region of our world.

“In the American South, auto parts workers are poorly paid, barely trained, and under relentless pressure. And they’re being maimed and killed.”

Ladies and gentlemen, please do not view this article as “fake news”, rather, a report that provides some compelling observations and evidence. It does not point a finger toward global and domestic OEM manufacturers, who’s plants and worker safety measures are described as good. Rather, it points to a component supplier environment that has described unrealistic OEM contract performance measures, delivery commitment and profitability as overriding needs.

The report describes that conditions among auto parts suppliers in this region:

“epitomizes the global economy’s race to the bottom. Parts suppliers in the American South compete for low-margin orders against suppliers in Mexico and Asia. They promise delivery schedules they can’t possibly meet and face ruinous penalties if they fall short. Employees work ungodly hours, six or seven days a week, for months on end. Pay is low, turnover is high, training is scant, and safety is an afterthought, usually after someone is badly hurt. Many of the same woes that typify work conditions at contract manufacturers across Asia now bedevil parts plants in the South.”

One could certainly conclude from this report that the ethos of low-cost manufacturing practices has de-facto spilled over to certain regions of the U.S. to compete to a global norm.

We encourage our Supply Chain Matters readers to take the time to read the many incidents and respective production conditions described. Conditions like a maintenance worker being paid $13 per hour working a continuous 12-hour shift in an environment with little worker protections (gangways, handrails, cables), and subsequently falling into a tank of sulfuric and phosphoric acid. Another, an account of a female worker impaled by a production robot because of the overriding concern of the production team that they were falling behind in daily output.

For us, the conditions described evoked a sense of outrage.

As global citizens, we need to all do better to protect basic worker safety. Providing a job comes with certain responsibilities, and that includes a belief in social responsibility practices when it comes to wages and worker safety.

And by the way, we are not a political blog platform. We are rather a platform for responsible global and domestic supply chain practices that are both financially and socially sustainable. 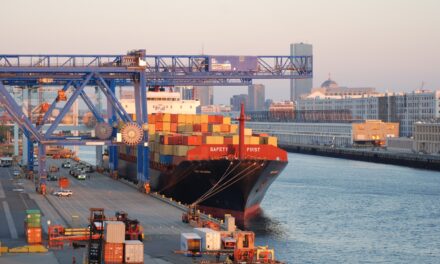 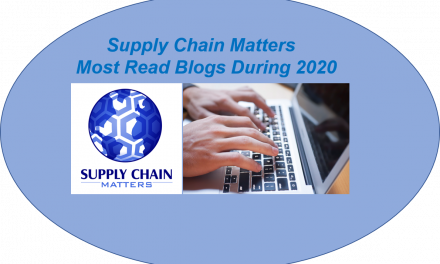