As a follow-up to our prior Supply Chain Matters blog commentary, initial online and in-store retail shopping data relative to the five days spanning the 2017 Thanksgiving, Black Friday and Cyber Monday holiday period indeed reflect a rather positive kickoff to this year’s holiday fulfillment period.

The National Retail Federation (NRF) indicates that nearly three in four America adults participated in shopping activities either online or in-store. Of the estimated 174 million shoppers, upwards of 58 million shopped solely online, while an estimated 51 million shopped exclusively in stores. The NRF noted that the remaining 65 million shopped both online and in physical stores. NRF further reported that about 81 million people shopped online during Cyber Monday, but could not reference that to last year due to a formula change.  The average spend during this initial period was noted as $335 per person with the biggest spenders identified as millennials aged 24 to 35, who’s average spend was about $420. The industry group also reported that the top physical store destination was department stores, while the most popular gifts purchased were in clothing and toys categories.

Data analyzed and reported by Adobe Analytics indicates that U.S. shoppers spent $19.6 billion over the initial holiday kickoff weekend, about $2.6 billion more than the same period in 2016.

Other data collective by quantitative shopper analysis firms seem to reinforce that permanent shift of consumers electing to shop online.

Analytics firm ShopperTrak indicates that store traffic declined 1.6 percent from last year’s numbers. That is further evidence of the unmistakable shift toward online.

Meanwhile, analytics firm comScore reported this week its analysis of online sales made from desktop computers, all of which reinforced double-digit increases in for all three of the heavily online promoted shopping holidays. According to the firm’s press release: 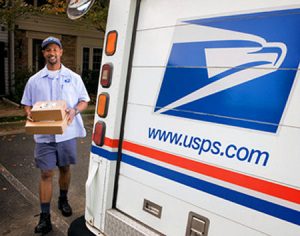 “Cyber Monday once again ranked as the heaviest online spending day of all-time and became the first day to ever exceed $3 billion in sales from desktop computers.” The release includes a table that provides a breakdown of online sales for each holiday and for the entire five days, which was reported as $10.2 billion, a 21 percent increase over 2016. An additional observation indicated that for all the talk of big promotional days becoming less important, the data thus far suggests the exact opposite, that shopping holidays are becoming far more important over time. Retail sales and operations planning (S&OP) and customer fulfillment teams should take note of such an indicator.

Other comScore data indicates that Amazon again ranked as the most visited online retail property on Cyber Monday, followed by Walmart and eBay. Apparel and accessories ranked as the top product category with nearly $900 million in online Cyber Monday sales followed by consumer electronics and computer hardware. What Supply Chain Matters found most interesting was the citing of Consumer-Packaged Goods as the fastest-growing category year-over-year on Cyber Monday.

While on the topic of Amazon, the online giant issued its own release confirming that Cyber Monday was the single biggest worldwide shopping day in that online retailer’s history. While not disclosing actual sales numbers, Amazon indicated that that its own Echo Dot speaker assistant was the best-selling item on Cyber Monday. Regarding the impact of the Whole Foods acquisition, the supermarket chain reported that U.S. stores broke a record of turkeys sold during the Thanksgiving period, with the chain offering a lower price and an added discount for Amazon Prime members.

Some other interesting data points:

Amazon noted that AncestryDNA kits was another top selling product during Cyber Monday selling a reported 700 percent more kits in one day than the entire holiday period all last year.

Both USA Today and The New York Times pointed out that on Black Friday, the U.S. Federal Bureau of Investigation (FBI) was flooded with in-excess of 200,000 requests for background checks from licensed gun dealers for respective gun sales.

We are not sure of what to make of these two data points- shoppers checking on their ancestry and likewise buying more firearms.  It a strange world.

Transportation, logistics and customer fulfillment processes were obviously put to the test this weekend, and thus far there does not appear to be reports or evidence of major glitches. Rather mild and pleasant weather conditions across the U.S. certainly helped in luring shoppers and in not adding to disruption in transport routes. Data to look for in the coming days is the percentage of consumers who opted for same-day or next-day fulfillment.

As retail merchandising and respective customer fulfillment look ahead to the 24 days remaining, the open question is whether consumers will continue with their robust spending or will this past weekend serve as the top peak. Analysis firm comScore has forecasted a total of 38 days of in-excess of $1 billion in online desktop spending for the entire period which implies some further smaller volume peaks remaining as the Christmas holiday approaches.

Indeed, thus far, the first five days would appear to point to a robust holiday period for sales volume, revenues and hopefully, profits.