FedEx reported Q4 and FY15 financial results this week that included strong indicators of some change in strategic direction along with implications from previous actions. 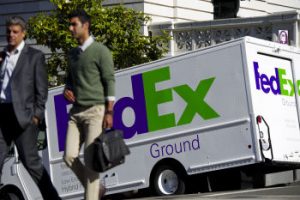 operating income of 5 percent but a reported loss of $895 million primarily as a result of special charges related changes in the carrier’s pension accounting methods. Other factors impacting income in the quarter were noted as increased variable incentive compensation and unfavorable net impacts from fuel and weather.

Beyond the numbers were indications that FedEx management acknowledged that the carrier will significantly step-up investments in its ground based business segment. Because of the continued growth of online commerce, FedEx senior management indicated that both commercial and residential ground delivery services continue in volume growth. Daily volumes in Q4 grew by 5 percent and ground based operating margins have averaged 17-20 percent.  In the most recent quarter, margins for the ground based segment were negatively impacted by the recent GENCO acquisition. Senior executives further acknowledged that GENCO will remain a drag on full year FY16 profits for the ground-based segment which is perhaps an indicator of inherent profitability challenges related to this acquisition.

Regarding the announced $4.8 billion acquisition of Europe based TNT Express, company executives indicated confidence that regulators will likely not raise significant objections.

The carrier indicated that its capital spending in the coming fiscal year will be $4.3 billion, the majority of which will be channeled into ground segment infrastructure. Further announced was that the FedEx SmartPost segment, an online commerce focused service that hands-off last mile delivery to the United States Postal Service will be merged into the ground business segment on September 1st of this year. By merging the two segments, FedEx has plans to enable increased flexibility for its ground network. New software is being implemented that will combine ground-based packages destined to a common delivery address. Thus if the system determines a SmartPost package is destined to an address scheduled for delivery of a regular ground-based shipment, the software will route both packages to the delivery vehicle. If the SmartPost package is independent and does not meet network criteria, it will be routed to a local post office for delivery. The net effect is an impact to current USPS revenue streams.

Similar to UPS, the latest financial results from FedEx further reinforce the positive revenue effects of newly implemented dimensional based pricing, as well as the continuance of fuel related surcharges. In the most recent quarter, FedEx reported that ground based yields increased 2 percent because of the new dimensional weight rates. The Wall Street Journal reported this week that UPS is communicating to dozens of retailers that it intends to end big discounts related to dimensional pricing for this coming holiday buying surge, and in the case of some, enforce dimensional pricing for the entire year.

Given this latest information, Supply Chain Matters is of the viewpoint that FedEx is making a competitive thrust against its ground-based competitors, in particular UPS, for the support of online customer fulfillment.

For the international air express segment, FedEx continued with implementing its multi-year profitability plans which included cutbacks in overall capacity along with increased investments in more fuel efficient, less maintenance prone air freight aircraft. The effects of reduced international air express capacity were felt in the latter part of last year when U.S. west coast ports were severely impacted by bottlenecks, and shippers attempted to turn to alternative air routings.

Our prediction of a turbulent year in global transportation continues to manifest and includes continued efforts by major surface and air-based global carriers to significantly increase margins along with actions of heightened competitiveness among major industry players.