As a highlight of our continued deeper focus on specific industry supply chain challenges and learning, Supply Chain Matters has featured an ongoing series of specific commentaries titled the home improvement retailer wars.  Our stream of commentary began in early 2010 with Home Depot and its efforts to overcome recognized supply chain

During the bulk of 2010, the Depot embarked on a $250 million investment in improved supply chain capabilities on both supply chain operations and planning. There was a rather large effort to shift inventory replenishment strategies toward more centralized planning, which included the majority of inbound inventory activity moving through 19 regionalized flow-through deployment centers. Additional investments were made in mobile customer service devices for sales associates, inventory optimization, supply chain network design and inventory forecasting technology which were all part of a three year effort focused on supply chain transformation. The essence of these ongoing initiatives from Home Depot were an avoidance of a previous ‘big IT’ approach in favor of concerted investments in specific supply chain related process enablement capabilities.

In the midst of severe winter conditions that occurred in the U.S. in the latter half of 2010, Lowe’s had run out of key inventory while Home Depot was able to capitalize on strong sales of snow blowers, shovels and other storm-related needs  by more responsive inventory replenishment strategies. Business media began to recognize that Home Depot was better prepared to either take advantage of market opportunities or adjust more quickly to changing market conditions.

A year later in the autumn of 2011, our commentaries noted that the efforts from these two giant home improvement retailers had taken on a slanted perspective. Highlights for Home Depot included a 4.2 percent increase in same store sales and a nearly 12 percent increase in profits.  Chairmen and CEO Frank Blake again specifically stated in the earnings briefing that supply chain investments had continued to provide significant benefits for the business, contributing 26 basis points of margin expansion, while improving delivery, service and transportation cost savings to U.S. stores. 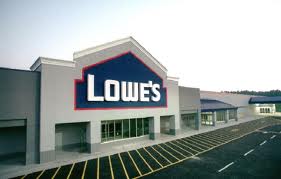 Lowe’s senior management acknowledged that performance was not at levels expected and that a renewed emphasis was identified for looking at the business from fresh perspectives. Such perspectives included the implementation of an Integrated Planning and Execution (IP&E) initiative to enable a more market-driven approach for merchandising, a pairing down of 40,000 SKU’s stocked at stores, while supporting efforts for some local region uniqueness.

Approaching the latter half of 2012, the gap between these two retailers has totally reversed with Home Depot now discernibly in the lead spot in terms of supply chain enablement of business results. The Depot’s fiscal Q2 earnings increased 12 percent while revenues rose 2.1 percent. Interestingly enough, transactions with a value exceeding $900 grew 3.4 percent as demand for appliances, kitchen and bath remodeling, flooring and other big-ticket items increased, no doubt from robust direct ship fulfillment programs jointly implemented with manufacturers.  In other areas, a renewed focus and concentration directed at online sales contributed 2 percent to total revenues.  In the testimonial that supply chain capabilities do matter, the stock market has driven Home Depot stock to its highest levels since 2010.

Lowe’s on the other hand reported a 10 percent decline in Q2 quarterly earnings on top of a 0.4 percent decline in revenues. Over the past year, Lowe’s has followed through with the closing of non-performing stores while attempting to pare down its bloated overhead structure. Management has lowered earnings and sales projections for the remainder of the fiscal year raising Wall Street concerns regarding the increasing gap with its prime competitor. Lowe’s senior management now concedes that the retailer’s turnaround strategy will take additional time. A published Wall Street Journal article noted that: “Analysts remain skeptical, noting the retailer’s restructuring plans mirror those embraced by Home Depot more than three years ago.” To add more distraction, Lowe’s is pursuing an acquisition of Canadian home improvement retailer RONA which operates 800 stores across Canada, which if consummated, will add even more operational challenges.

In our roughly two years of ongoing commentaries regarding the major home improvement retailers, we have highlighted Home Depot’ s effective turnaround, driven from a sound belief that select investments in supply chain process capabilities, coupled with a strategy that favors surgical IT improvements over a “big bang” improvement, can pay discernible benefits to the bottom line.  Today, those results have rewarded Home Depot with a substantial lead in industry capabilities and results.

The Catalyst for Rebuilding Component Supplier Networks in the U.S.- China’s Manufacturers