A new report on U.S. retail sales activity in the all-important month of December has a lot of heads scratching, including that of Supply Chain Matters. If the data is taken at face value, it would represent a significant decline in 2018 holiday fulfillment volume levels. 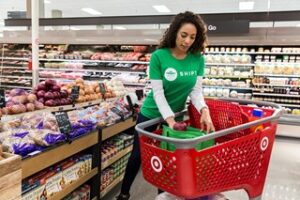 This week, a U.S. Commerce Department report on December retail sales at stores, online and at restaurants had reportedly declined a seasonally adjusted 1.2 percent from that of November, representing the largest retail sales drop since September 2009.  According to the government report, every major category tracked, aside from motor vehicle and home improvement sales, posted sales declines in December.

According to reporting by The Wall Street Journal, economists were rather puzzled given financial performance reporting from various brick and mortar and online retailers and some buyer analytics firms. Industry analysts questioned the report’s accuracy, and this Editor must express puzzlement as-well. Some questioned whether the recent U.S. government shutdown caused a mix-up in data analysis and reporting. The Chief Economist of the National Retail Federation was on record as indicating skepticism about the reported December number because it would imply that consumer worries were far more than expected, let alone NRF’s reported number of holiday retail sales, and the recent forecast of expected 2019 retail sales volume.

Even more bizarre was that this  report indicated that online sales fell 3.9 percent in December, the largest monthly decline since November 2008. Amazon, alone, reported fourth quarter revenues were up 20 percent from a year earlier, and that online volume broke new records.

Taken at face value, the notion that parcel carrier networks performance for the 2018 holiday period was the best in over eight years gets called into question. Taken at face value, it would further imply that U.S. consumers completed the bulk of their holiday shopping in November. The original reports by major brick and mortar department store retailers such as Macys that December retail sales volume was muted now appear to have more substance given this latest government data.

Industry supply chain planning teams are likely scratching heads upon reading the above.  Of more pertinence to what actually occurred for U.S. retail sales in December would be the level of remaining inventory that occurred at the start of 2019. If December, and now January 2019 retail sales volumes are on significant decline, that inventory overhang is going to be a rather significant challenge.

A re-look at the January 2019 Manufacturing ISM Report on Business notes that the Inventories Index increased 1.6 percentage points in January and was categorized as a faster rate of change.  The Customer Inventories index also increased 1.1 percent. Given that retail inventories were rather high going into the holiday period, we do not perceive that inventory levels in January would be alarming. Thus, we remain in the camp that something may well be unusual with this week’s December report of US retail sales.

We will all know more as Q1 reporting continues and other data is reported, especially inventory consumption data.

For the time being, industry sales and operations and supply chain planning teams most likely will have to work with existing near-term data relative to Q4-2018 retail sales and inventory performance, and how that factors into current quarter trending.

Our gut feel is that Commerce will have to re-look at December data.