China has unveiled retaliatory tariffs on a reported 128 U.S. products that are imported into one of globe’s most significant economy. The actions were characterized as a response to the Trump Administration’s actions on imposing steep tariffs on certain steel and aluminum products imported from China.

According to a statement from China’s Ministry of Commerce, the actions were initiated “to safeguard China’s interests and balance the losses caused by the United States additional tariffs.” The Ministry is further quick to indicate that China’s response is designed to be limited and does not seek to escalate tensions or engage in a full-blown trade war. 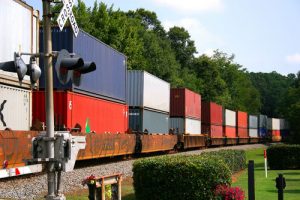 It is important to point out that that today’s actions are specifically in response to the U.S. tariff actions on imported Chinese steel and aluminum, and not the latest announcement involving upwards of $60 billion of Chinese imports announced by the Trump Administration.  This week, the U.S.is expected to initially identify the list of targeted products deemed to be designated for alleged intellectual-property violations involving China.

News of today’s retaliatory trade actions from China along with growing fears of more trade retaliation prompted another major selloff at the U.S. Stock Exchange.

That leaves the door quite open for additional Chinese trade actions depending on the final U.S. listing of products that are subject to added tariffs. China continues to threaten additional actions involving imports of soybeans, high-tech focused products including robotics along with potentially commercial aircraft.

There is also little doubt that these actions will playout to be more of a political exercise in news cycles, but behind the scenes, a more high-stakes series of potential actions are likely in-play to determine if other large trading nations join the U.S. in actions focused on China’s trade practices.

Once again, interim short-term or longer-term contingency planning scenarios and actions should now be very important consideration among line-of business and industry supply chain leadership teams. Now is the time to be prepared for assessing alternative sourcing scenario and determining how much added supply chain costs can be adsorbed, mitigated by other actions, or passed along to customers.

On Monday, after China’s announced response to the Trump Administration’s efforts to place import tariffs on imported steel and aluminum as noted above, other subsequent actions have occurred which we were compelled to share.

On Tuesday, the Trump Administration, following-up on the late March announcement of intention to impose 25 percent import tariffs on upwards of $60 billion in trade specifically related to China, released a specific listing of 1300 product category that potentially could be subject to such import tariffs.

China, wasting little time, in-turn, responded with an added announcement indicating intention to impose 25 percent tariffs on upwards of $50 billion in goods that would target 106 types of products, many of which represent high profile U.S. exports to China. Included in the latest announcement are products that involve broader categories of agricultural products, bio-medicine products, smaller-sized commercial aircraft, consumer electronics, alternative energy powered and sports-utility motor vehicles, and robotics focused products. According to business and general media reports, both listings of China’s intended tariff targets have political linkage to U.S. states that had voted predominantly for Donald Trump in the prior U.S. Presidential election.

After this latest and relatively swift round of counter-actions, both countries have now targeted lists, involving multiple categories of potentially impacted products that are subject to ongoing tariff negotiations.

The U.S. plan calls for another 30-day period in which specific companies can object to specific tariffs, followed by a 180-day period as to whether to go-ahead with the proposed tariffs.  That time has special significance since the October period comes just before scheduled U.S. Congressional and state elections in November.  It further overlaps ongoing NAFTA re-negotiation talks as well as a Mexican Presidential election.

Today, a commentator for global business network CNBC, commenting on yet another large selloff involving U.S. equity markets attributed to growing concerns regarding a trade war between the U.S. and other nations, attributed the current situation to an opening ploy to a Trump style of negotiations.  The notion is something akin to entering negotiations on the extreme win-win side and try to meet somewhere along the spectrum. From our lens, that remains a high-stakes play.

For various industry supply chains, the implication is at a minimum, a very uncertain and difficult strategy and planning period for the remainder of 2018.  Indeed, that was one of our specific 2018 predictions, namely that the Trump Administration’s Make America Great agenda opens the real possibilities of changed trade policies and a rather challenging tactical and strategic landscape for U.S. and now, global manufacturers and retailers. Not knowing what the tariff end-game state will look like, and especially how geo-political forces will eventually evolve, will make the determination and management of global-wide supply chain cost and margin goals a rather challenging set of tasks in the months to-come.

Once again- be prepared in skills, resources and needed tools.

A Guest Posting: Indicators from the 2012 Holiday Buying Surge Point to Singificant Change and Fulfillment Challenges

Continued Good News Concerning U.S. Manufacturing Momentum- But Also A Cause for Concern