Global Shipping Disruption is Ongoing and So Are the Consequences 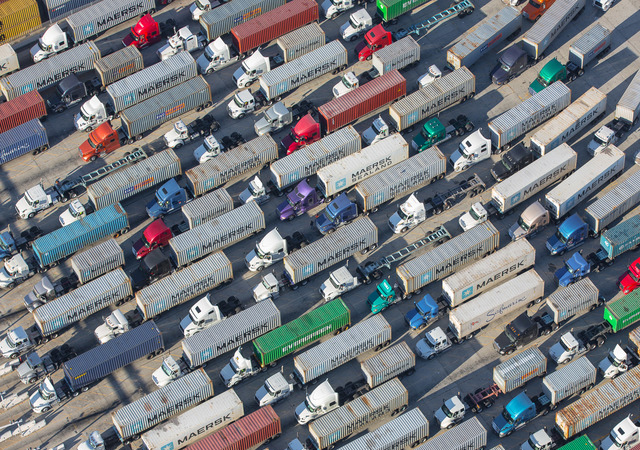 A week ago today, we provided our Supply Chain Matters readers with the commentary: Ongoing Global Product Demand and Supply Imbalance is Worsening. Within that commentary we highlighted reports that local COVID-19 variant outbreaks across southern portions of China’s Guangdong province were impacting both the provincial capital of Guangzhou and one of the world’s busiest container ports, the Yantian port.

Late last week, new reports indicate that the overall disruption surrounding Yantian as well as other nearby reports has worsened.

CNN reported on Friday that the port backlogs could take months to clear and could likely lead to shortages extending to the year-end holiday shopping season. While the rate of local infections has improved and many operations have reportedly restarted, the report notes that the damage has been done. The congestion at Yantian port spilled over to other container ports including Shekou, Chiwan, and Nansha, all located in Shenzhen or Guagzhou. CNN noted that while Yantian has been able to recover to upwards of 70 percent of normal operations, full operations are not expected until the end of June. Container line Maersk communicated to shippers last week that ships could be delayed for at least 16 days.

Reuters reported today that the city of Dongguan launched a citywide testing program following two cases reported since Friday. The city is one of the major manufacturing hubs in China. Reportedly while factories in the area are still operating, measures have been taken to restrict certain travel to airports and other cities. The report indicates that Guangdong has reported 168 confirmed infections since May 21, with nearly 90 percent within its capital, Guangzhou. While the cases are few compared with other global regions and previous outbreaks in China, local authorities are not taking any chances given the area being a key entry point for travelers and cargo.

Logistics and transportation visibility platform provider project44 reported last week that based on data captured by the platform:

“Over the period of June 1 to June 15, 298 container vessels with a combined total capacity of over three million TEUs skipped the port a 300-percent increase in blank sailings in one month. Though the total capacity was not meant for YICT, the volume of loaded export containers that were left behind has caused a severe backlog and is due to create major delays and disruptions in global supply chains shortly after the Suez Canal incident.”

Further reported was that data related to dwell times at the port over the last two weeks, amounted to a 7-day average of median dwell times on export containers doubled, reaching a little over 23 days on June 15. Project 44 Vice President of Marketing Josh Brazil advises clients to maintain full visibility to shipments and seek alternative ports to get ahead of this event, since it has the potential to create massive headaches across the global economy.

Also on Friday, industry publication The Loadstar reported that North European importers reported that shipping lines and their various shipping alliances are also losing patience with certain congested European ports, diverting inbound cargo to other ports.  Once more, shippers are increasingly being asked to take on added charges for the inland transport or relay to the scheduled entry port.

This report advises that shippers seeking more detailed information relative to the status of containers could find the situation far worse this summer as the seasonal volumes increase toward the holiday period.

With these cascading port and other supply disruptions, container shipping costs continue to skyrocket.

CNN noted in its report that Hapag-Lloyd, MSC and Cosco Shipping have once again hiked rates for cargo between Asia and North America, and Asia to Europe. Data from London based Drewry Shipping indicated that movement from Shanghai to Rotterdam soared to more than $11,000 per 40-foot container, a 534 percent increase from year-ago levels. Similarly, container shipping rates from China to North America remain at all-time highs, and the peak second-half shipping period is yet to commence.

The takeaway of this added commentary is that the global shipping disruption is not a singular one-time event, and that shipping will return to normal in the second half. Quite the contrary.

For manufacturers and retailers with plans to have seasonal and holiday related merchandise in warehouses in time for online promotions or holiday consumption should be taking a far more contingency focused stance. Once more, shipping cost increases and consequent impacts to margins could be considerable. For small and medium businesses, the impacts will be considerable.

Be prepared and remain diligent.