Today’s front page headline article of The Wall Street Journal, Weaker Euro Ripples Around the World, reflects far deepening foreign currency headwinds for producers whose supply chain costs and operations are weighted in U.S. dollars.  For senior supply chain, procurement and sales and operations planning (S&OP) process leaders, it is further compelling evidence that existing supply chain cost and product sourcing strategies will come under enormous scrutiny and pressures in the weeks and months to come.

Supply Chain Matters has already called reader attention to recent corporate quarterly financial results reflecting substantial impacts to earnings as a result of the strengthening U.S. dollar against major foreign currencies.  B2C and consumer product goods companies are especially impacted, but so are many other industries as well. The headwinds are strong and concerning.

To cite but a few examples, Procter & Gamble recently reported a 31 percent drop in profit as the stronger U.S. dollar diluted the effects of a modest 2 percent organic sales growth. Foreign exchange pressures had the effect of reducing net sales by a significant 5 percentage points. Mondelez International recently reported that foreign currency headwinds delivered a $149 million hit to its operating income in its prior quarter, in spite of recently rising prices across the board. Conversely, globally diverse CPG firm Nestle was able to sustain a 4 percent organic sales growth in that company’s first-half.

The European Central Bank (ECB) has embarked on its own form of quantitative easing, similar to what the United States embarked on after the severe global economic crisis that began in 2008-2009. The ECB is prepared to print upwards of €1 trillion to buy the bonds or assets of various Eurozone countries to boost their economies and keep European interest rates low. The immediate result is that value of the Euro against the U.S. dollar reportedly has declined by more than a fifth since June, and has now reached its lowest point since 2003. That is obviously good news for European manufacturers and service providers, as well as other foreign based producers not pegged to U.S. dollar costs. This situation is expected to continue for many more months.

Companies whose supply chain and operational costs as well as product pricing is anchored in U.S. dollars now face considerable financial headwinds, motivating some U.S. based firms to quickly raise prices within foreign markets.  Many U.S. based manufacturers have upwards of half of existing revenues stemming from export markets.

The compounding effect is added costs and potentially lower export sales as foreign based manufacturers take advantage of a pricing advantage within their export markets. According to the WSJ, business leaders, economists and policy makers are becoming convinced that the Euro’s drop is helping to turn the tide in Europe’s favor. There is further concern that the U.S. Federal Reserve will have to ultimately raise interest rates as well.

For procurement, supply chain and sales and operations planning process leaders, the current financial challenge to the business requires that various planning scenarios and subsequent options be developed to ascertain ways and means to reduce costs or mitigate currency impacts in cost of goods sold (COGS) or in back-up sourcing strategies that are anchored in other than the US dollar.  Teams need to able to assess various options to meet quickly and considerably changing sales and product margin goals. Without such plans and subsequent supply chain actions, previous cost and productivity savings efforts can be neutralized.

As to how long this current challenge continues it very much an individual industry or corporate decision. One thing is clear, however.  This is a period where analytical and data-driven decision-making capabilities will prove to be rather important.

© 2015 The Ferrari Consulting and Research Group LLC and the Supply Chain Matters blog.  All rights reserved. 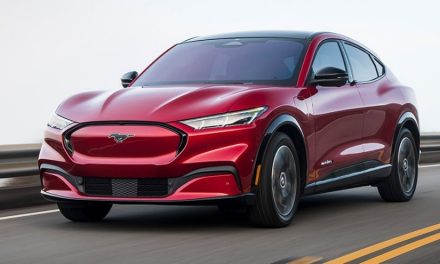 More on FedEx Acquisition of GENCO and Bongo International