Global automotive companies continue to initiate strategic sourcing strategy moves in preparation for a new generation of electric or hybrid powered vehicles. Some are leaning to supply chain vertical integration while others, deeper relationships with strategic suppliers. 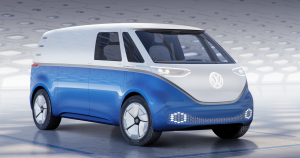 The global automaker has elected a vertical integration sourcing strategy to reportedly control battery production along with high-speed charging networks.  This includes increasing the company’s equity stake in Sweden based start-up Northvolt AB to include a reported $14 billion battery supply contract extending thru the year 2030. Northvolt will reportedly supply batteries for VW’s premium model lineup.

According to this report, VW’s strategy in believed to be one of the biggest efforts in the industry to secure battery production capacity as well as influence control of the technology.

Asia based battery suppliers are also expanding their presence across Europe. They include Contemporary Amperex Technology’s plant in eastern Germany while LG Chem has expanded capacity in Poland.

Existing electric auto maker Tesla is constructing its fourth electric car factory in Germany along with what Tesla’s CEO Elon Musk boasts as eventually becoming the largest battery factory in the world.

General Motors has plans to invest $27 billion in new electric and driverless autos over the next five years. The Wall Street Journal reports that GM is seeking to build a second U.S. based battery production facility in cooperation with its joint-partner LG Chem. The two companies are already building a $2.3 billion battery production facility in northeast Ohio which is expected to be operational in 2022. Citing people familiar with the matter, the WSJ report indicates that the two partner companies are close to a decision for locating the other facility in the state of Tennessee, but a final decision has not been made.

GM’s strategy includes control of its branded Ultium technology, and automaker has a joint agreement with Honda Motor to develop new electric models.

South Korea based LG Chem brought a trade secret dispute with rival SK Innovation before the International Trade Commission.  The trade group recently ruled in LG Chem’s favor, which could lead to a 10-year ban for SK Innovation from the United States unless President Bidon elects to contest the decision. The implication is that Ford Motor and VW will need to seek an alternative U.S. battery partner over the next two to four years. The commission further ruled that a planned SK Innovation battery production facility slate for the state of Georgia can import components for four years for Ford branded vehicles, and two years for VW branded vehicles. At the same time, both automakers will have to take measures to secure other long-term battery supply.

Indeed, strategic supply of battery technology and volume production is top of mind.