North America based automotive designer and manufacturer General Motors today announced a major acceleration of restructuring of its global business, indicating that it will shut production at five North America based facilities and slash its salaried workforce by 15 percent, including a quarter of the company’s executives.

Today’s announcement points to a broader overall plan of global transformation that will focus more on providing forms of autonomous and shared-ride transportation vs. a predominance of personal vehicle sales. CEO Mary Barra told reporters, in-part:

“This industry is changing very rapidly when you look at all of the transformative technology — be it propulsion, autonomous driving, connectivity sharing — and we want to make sure we’re well positioned”

The plan calls for shutting down five North American manufacturing plants identified as located in Detroit, Michigan; Oshawa, Ontario; Warren, Ohio; White Marsh, Maryland; and Warren, Michigan. The plants currently produce sedans that have reportedly waned in sales activity and include the Chevrolet Volt, Impala and Cruze models, the Buick LaCrosse, and the Cadillac CT6 and XTS models Two of the plants produced engines and parts for these model cars. 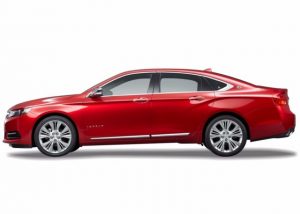 The CEO further hinted of more facilities closures outside North America that will be announced.

An implied strategy calls for integrating vehicle and engine engineering teams and trimming the number of campuses for car developers.  As the current vehicle portfolio is optimized, it is expected that more than 75 percent of GM’s global sales volume will come from five vehicle architectures by the early next decade.

The plan calls for saving $6 billion a year by the end of 2020, which is rather aggressive. Savings would allow the company to invest in needed advanced technology related to electrically powered and autonomous driving vehicles. As noted in our previous commentaries related to GM, the company has plans to deploy at least 20 battery-electric and fuel cell-powered vehicles globally by 2023, including in China and the United States.

According to the announcement, GM expects to record pre-tax charges of $3.0 billion to $3.8 billion related to the announced actions, including up to $1.8 billion of non-cash accelerated asset write-downs and pension charges, and up to $2.0 billion of employee-related and other cash-based expenses.

GM has reportedly offered buyouts to 18,000 retirement-eligible workers with a dozen or more years of service. The manufacturer has not indicated how many have accepted the buyouts, but it would appear short of the company’s target, hence today’s indication of layoff actions.

Needless to state, individual worker and organized labor union reaction to today’s announcement has been swift. The four U.S. based plants employ a combined 3,800 hourly and salaried staff. The Detroit-Hamtramck facility is GM’s last in the city, and the Lordstown plant in Ohio was one of its largest. The United Autoworkers union indicated it would fight the decision.

The labor union that represents GM’s 2500 Canadian workers indicated in a statement that GM’s decision does not “live up to the spirit” of certain commitments the company made to union members during 2016 contract negotiations. Some workers at the Oshawa plant walked off the job at 9am local time on Monday. They characterized GM’s plan as a “slap in the face.”

Today’s GM announcement comes in the shadow of the re-negotiated trade agreement among Canada, Mexico and the United States that had automotive manufacturing supply network flows as a major backdrop in terms of impacts.

As noted in our 2018 Predictions assessment commentary, ratification of the new USMCA trade agreement is not a slam dunk without additional U.S. and Canadian legislative debate and possible iterations. That will certainly include automotive and truck industry interests since they are the most impacted by this new agreement, and now, GM’s announcement. There will surely be political discourse and blowback related to the upcoming loss of factory jobs and to inferences that jobs will instead flow to Mexico and China.

We anticipate another ugly set of social-media attacks from President Trump on the eve of planned trade talks with Chinese Leader Xi Jinping later this week.

For global automotive industry supply and customer demand networks, the GM announcement is likely to precipitate follow-on announcements related to overall reduction of global production and supply network capacity over the coming years.

There is definitely a sense of accelerating automotive industry change and transformation with much at-stake.