Last week, China based Zhejiang Geely Holding Group, which owns and operates the Volvo automobile brand globally, agreed to acquire the 8.2 percent equity and 15.6 percent voting rights stake held by Cevian Capital in Volvo AB truck group for a reported $3.2 billion sum. The truck company is the third-largest heavy-duty truck producer in North America under both the Volvo Truck and Mack Truck branded names, with similar market share influence in the European truck market. The move reportedly makes Geely one of the largest shareholders in the truck maker. 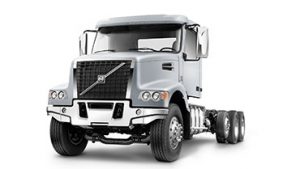 Geeley Holding acquired the Volvo passenger car brand from Ford Motor in 2010 and has since invested billions in reinvigorating the brand. The automaker previously acquired a 1 51 percent stake in British sports-car brand Lotus, and a 49.9 percent stake in Malaysia car maker Proton Holdings.

Geeley Auto is currently the top-selling domestic car brand across China selling more than 1 million vehicles in 2017. North America auto industry sources have long speculated that Geeley would likely be the first China-base auto producer to introduce and market cars in North America at some point.

What Should Supply Chain Management Teams Expect in the Coming Year: Summary of 2020 Predictions for Industry and Global Supply Chains