The prevailing question as to what manufacturing role the Foxconn Technology Group’s manufacturing complex located in Southern Wisconsin might serve, possibly became a bit more optimistic this week.

Both The Verge and The Wall Street Journal have reported on specific comments provided this week from senior most executive. 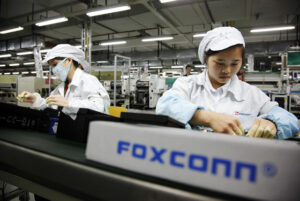 According to The Verge report, the contract manufacturing services provider’s Chairman Young Liu confirmed that the manufacturer is considering producing electric powered vehicles at the Wisconsin site and further hinted at possibly additional partnerships with U.S. based companies. The Wall Street Journal reported that Liu indicated that Foxconn was: “in talks with a few other U.S. companies on similar arrangements and would have the capacity to produce cars for one or two more partners.” The executive shared that the ongoing semiconductor shortages impacting production needs among multiple global automotive companies has increased the interest levels in seeking a manufacturing partner that provides knowledge of vehicle control and autonomous driving capabilities.

In prior Supply Chain Matters published blogs, we highlighted the announcement that Foxconn has been designated to produce the second-generation model of electric vehicle start-up Fisker. In that blog, we provided the context of Foxconn’s efforts to position itself as a designer and contract manufacturer of electric vehicle platforms, including prior development partnership agreements with three automakers (Geely, Byton, Stellantis and now Fisker). At the time of the announcement, Fisker’s CEO hinted that the manufacturing location could be the United States, specifically the Wisconsin facility.

We further highlighted the growing speculation concerning Apple’s ongoing efforts to develop, produce and distribute an Apple Car. The notion here was speculation was growing that Apple’s secretive attempts to negotiate an auto manufacturing partner were not yielding acceptable options and raised the usual possibilities that indeed go-to partner Foxconn would serve the purpose.

Regarding the Wisconsin facility, Liu’s statement this week was far clearer:

“I took over the Wisconsin task, (from prior Chairman Terry Gou) and I need to make it a viable one, so I need to find a product that fits that location. Whether it’s Wisconsin or Mexico, it’s not political, it’s business from my perspective.”

The executive reportedly dismissed specific questions as to whether the company is working with Apple on its ongoing auto development effort.

Our Supply Chain Matters perspective is that this is the clearest indication thus far that the notions of the global leader in high tech and consumer electronics contract manufacturing is indeed competing with other noted auto industry contract manufacturers for partnerships with start-ups or established brands. This is both the realities of business and that of theatre, as to what may really be occurring behind the headlines.

While many with what Apple ultimately decides in its auto supply network strategies, what Tesla has provided is strong evidence that manufacturing process development and volume output ability is often best positioned to those highly experienced in such capabilities.