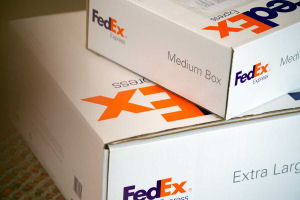 After shocking its investors with fiscal Q1 financial performance, the essential headlines for the latest reporting were declines in revenues and profitability amid added declines in package volumes, especially with the FedEx Express business unit.

Total quarterly revenues of $22.8 billion were down 3 percent on a year-over-year basis and nearly one billion below analyst expectations while profitability performance declined 24 percent to $788 million. Reportedly, total average daily package volumes declined 10.2 percent in the latest quarter, one that reflects the online shopping periods of the Thanksgiving, Black Friday and Cyber Monday online shopping period.

Raj Subramaniam, President and CEO indicated in-part:  “Our earnings exceeded our expectations in the second quarter driven by the execution and acceleration of our aggressive cost reduction plans. At the same time, we continue to focus on delivering excellent service for our customers.”

Subramaniam further pointed to what he described as the E-commerce reset, with online sales now averaging 18 percent of all retail sales compared to upwards of 22 percent during the pandemic. Noted was that package volumes are expected to continue to decline in the coming two quarters but at a described more moderate rate.

The carrier additionally announced an incremental $1 billion in cost savings initiatives beyond its September forecast, and now expects to generate total fiscal 2023 cost savings of approximately $3.7 billion relative to its initial 2023 business plan.

As noted in our published perspectives on FedEx’s fiscal Q1 financial and operational performance, the sudden and unexpected decline in revenues and profitability were a notion of whether this was a sign of the ‘canary in the coal mine’ in respect to declining online commerce sales and order volumes, or unique business challenges related to FedEx itself.

The added evidence to the above question was rival UPS’s reporting of Q3 financial performance in October, which was headlined with a slight miss on revenues, topping expectations on profitability amid softer package volumes across the U.S. UPS CFO Brain Newman indicated  that in response to muted shipment volumes originating out of China, the company quickly adjusted the airlift network and canceled 75 China and Hong Kong origin flights and rerouted 27 flights to other gateways in support of customers.

We categorized the FedEx surprise and ongoing financial restructuring to that confined to that carrier’s unique business model challenges and higher market concentration on international shipments. While FedEx is exercising a far-reaching cost control and  global capacity adjustment, UPS is leveraging a targeted customer profitability and segment operations efficiency strategy.

We additionally called Supply Chain Matters reader attention to a published Bloomberg report that reminded investors that when Subramaniam formally assumed the FedEx leadership role in June 2022, amid an activist investor voicing a concern for the company’s performance, he raised the dividend level, agreed to revamp the board and outlined a multi-year plan to boost profitability levels that included optimistic numbers for the current fiscal year. Now, six months since, the brute reality of the company’s financial, customer and shareholder challenges continue to evolve.

We also called reader attention to FedEx’s announced plans to hike shipping rates 6.9 percent for the Express, Ground and last-mile delivery units, and reportedly a range of 6.9 percent to 7.9 percent for its LTL Freight unit, beginning in January 2023. There are a reported addition of more than 20 added surcharges for shipping certain parcels. This announcement is cumulative to the average 5.9 percent rate increase initiated for 2022, along with ongoing fuel and other surcharges added for respective parcel or freight movements.

In two years, some of this carrier’s customers will be dealing with upwards of a 20 to 30 plus percentage cost increases for parcel shipping costs over that time period. These cost increases are obviously unsustainable, providing the motivation for FedEx shippers to want to seek alternative carriers in the coming months, especially in light of the concerns for economic recession in the coming months.

What UPS ultimately announces as 2023 parcel shipping and surcharge rates will be a further determinant to struggles of FedEx, and to the parcel shipping and logistics industry overall. The days of piling on multi-year incremental parcel shipping costs along to shippers, and consequently other businesses and end consumers now has market consequences.

There is further speculation that Amazon Logistics may elect to become an alternative transportation and logistics provider not only for its hosted marketplace customers, but other shippers as well. Stay tuned for our upcoming 2023 predictions series for added perspectives.