February 8 2019 Edition of This Week in Supply Chain Tech

The Supply Chain Matters blog features our This Week in Supply Chain Management Tech column, a brief synopsis of noteworthy supply chain management focused technology news which we believe would be of interest to our readers.

Included in this Edition are two weeks of highlights related to noteworthy announcements and/or developments from SAP SE, Descartes, Tecsys, JUSDA and FourKites. 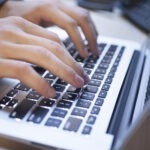 Despite presenting a rather positive business outlook for FY19,  business and equity market headlines focused on an announced company-wide restructuring program. SAP’s prior corporate restructuring was in  2015.  Restructuring charges were reported to be in a range of €800 million to €950 million, most of which to be recognized in the first quarter. According to statements from the company’s senior executives, upwards of 4400 employees will be affected essentially from reallocation of resources to identified strategic initiatives and high growth areas.

CEO Boll McDermott stressed to press and analysts that restructuring should be viewed as: “a growth company move, not a cost-cutting move.” Re-balancing of workforce is expected to be focused on growth areas related to “experience” systems like that of new acquisition Qualtrics, and in areas such as Blockchain, artificial intelligence, deep learning, quantum computing and Internet of Things. McDermott further stressed that SAP would be offering generous severance or early retirement packages to any impacted employees leaving the company.

News of financial performance and announced restructuring caused SAP stock to decline on the news.

Logistics technology and services provider Descartes Systems announced the signing of a definitive agreement to acquire the businesses run by the Management Systems Resources and its associated group of companies operating under the names of Visual Compliance, eCustoms and MSR. The estimated value of this acquisition is reported to be $250 million, including working capital. The transaction is structured with a combination of share purchases and cash.

Visual Compliance, based in Canada, provides software and services to automate customs, trade and financial compliance processes, with a focus on denied and restricted party screening and export licensing. According to the announcement, the company serves over 2000 customers with over 67000 subscribers operating in 100 countries.

PCSYS A/S reportedly supports more than 1000 companies and reported revenues of 75.3 million Danish Krone in its most recent fiscal year.

This acquisition follows the November 2018 acquisition of OrderDynamics, a provider of distributed order management systems.

Freightwaves reports that JUSDA, a B2B supply chain platform that was spun out of global contract manufacturer Foxconn Technology Group has raised $356 million in Series A funding, the largest private fundraising deal that has occurred in China this year. The platform manages the movements of components from suppliers to the manufacturing floor, and from the manufacturer to customers.

This round was led by China Life Insurance Company with reported participation from China Railway Supply Chain Group, IDG Capital and Ti Capital.

The technology provider claims more than 1000 direct customers and partners spanning over 3000 warehouses and hubs. JUSDA is currently authorized to act as the supply chain agent and logistics arm of Foxconn regarding ocean and air freight, surface transportation, customs brokerage and warehousing.

Freight tracking software provider FourKites has raised $50 million in supplemental funding less than a year from the company’s initial funding round.

This startup collects live location data on shipments from suppliers to retailers and factories, along with gathering predictive data on when shipments are expected to depart or arrive.

Note to Readers- Supply Chain Matters will feature our This Week in Supply Chain Tech series as announcements warrant.