In previous Supply Chain Expert Community commentary, we have called attention to the fact that today’s deployment of certain global-based supply chains have added new risks for disruption caused by natural disasters.  Recent research studies sponsored by insurance interests identified 10 countries where supply chains are at greatest risk from natural hazards such as flooding, earthquakes and tropical cyclones. Advisory firm Maplecroft identified the countries of Japan, China, Taiwan and Mexico as having the highest economic exposure to natural hazards in economic terms. In fact, Supply Chain Matters alerted our readers in August to unusually difficult flooding events that were impacting low-cost manufacturing areas in China and other Asian countries. A series of devastating flooding events further impacted the Manila region in early August.

Perhaps i n the past few months,  your value-chain was impacted by the effects of these natural disasters.

There is yet another quantification of economic risk in these important manufacturing regions. Global reinsurance intermediary Aon Benfield compiles a monthly Global Catastrophe Recap report.  The most recent September 2012 report quantified nearly $7.5 billion in economic damages across major manufacturing regions in Asia, with the majority of loss occurring in China. A six day stretch of catastrophic flooding in early September was reported to have caused more than $4.9 billion in losses alone.

August was not any better. Aon logged an overall total of nearly $8 billion in losses among incidents in China, the Philippines, Taiwan, Pakistan and Vietnam. The summer monsoon season thus delivered in excess of $16 billion in economic losses.

The implications of this continuous stream of quantified data are again reinforcement for increased risk of disruption within certain low cost manufacturing regions. Increased incidents and insurance payouts will fuel higher business interruption and loss insurance rates within these specific regions. That could add additional cost factors to a sourcing decision, and strategic sourcing and business risk teams will need to take particular note of this trending. A recent The Wall Street Journal report on the first anniversary of the 2011 floods that impacted Thailand noted how companies such as Nidec Corp., Omron Corp., Western Digital have since permanently moved certain of their production requirements to other Asian countries to offset risk. The same can be stated for certain Japanese based automotive component suppliers.

More importantly, is the need for supply chain and product management teams to have a supply chain risk identification and mitigation plan that can effectively support a response to these increasing value-chain disruptions. 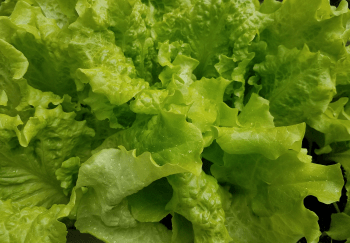