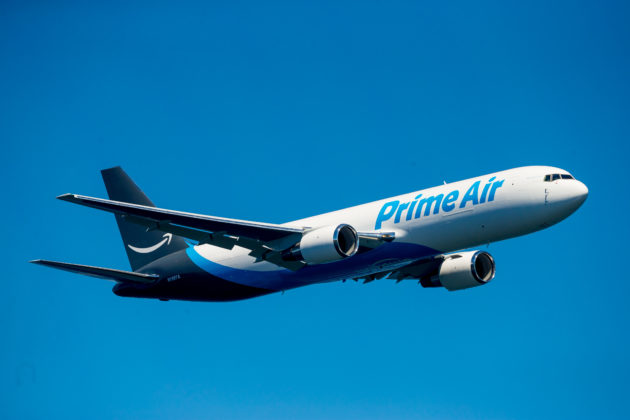 In this Supply Chain Matters commentary, we reflect on Amazon’s announced senior leadership changes last week and what they may portend in strategies going forward.

Doug Herrington, a 17-year veteran was appointed to be CEO of Worldwide Amazon Stores in an internal communication to company employees. The appointment came after the head of the online retailers Worldwide Consumer unit, Dave Clark, unexpectedly tended his resignation from the company to then being announced as the new incoming CEO of international shipping and logistics brokerage technology platform provider Flexport.

Herrington’s prior leadership roles included leadership on the online retail provider’s consumable products unit and the launch of the Amazon Fresh online grocery and food unit. Prior to joining Amazon, Herrington served as Vice President of Marketing for online grocery start-up Webvan, and a partner at consulting firm Booz Allen. The title of line-of-business CEO is noted as only being shared in two business units, Amazon Web Services (AWS) and now Worldwide Amazon Stores.

John Felton, another long-time Amazon executive who reportedly rose through the ranks of the company’s financial and operational organizations. He was promoted to the role of worldwide operations head, reporting to Herrington. Mr. Felton’s most recent role was Senior Vice President, Global Delivery Services.

The obvious question is whether the latest senior executive changes portend changes in existing business and operational strategies or a different management agenda perspective under Amazon CEO Andy Jassy.

Dave Clark’s sudden resignation reportedly after submitting a revised three-year operating plan for the Worldwide Consumer unit raised eyebrows. The sudden resignation fueled speculation that Clark did not have the where with all to be constantly scrutinized in the operational and business changes that needed to occur in retail operations. The company recently surprised investors with a quarterly operating loss, and an admission that the online retailer had in excess of 10 million square feet of excess warehouse capacity.

According to reporting by The Wall Street Journal, (Paid subscription or metered view) Clark’s three-year plan had included reductions in warehouse capacity in the immediate term, reducing the worker ranks via attrition and additional improvements in operational efficiencies. The latter is especially noteworthy in that the company has already garnered a perception of a hard-driving operational environment with individual worker productivity and output measures being constantly monitored and reported on.

Added operational efficiencies may well focus on increased automation of processes. The other aspect is responding to increased labor union activism that has specifically targeted Amazon customer fulfillment centers these past months, including efforts to overturn the unionization adoption election held at the company’s JFK8 customer fulfillment facility located in Statin Island, New York , the first Amazon facility to do so.

Supply Chain Matters is of the belief that the appointment of two existing long-term executives portends a two-pronged strategy moving forward.

Herrington, with a record of new business development initiatives and product management efforts will likely be charged with initiating added efforts toward fusing physical in-store and online retail merchandizing efforts into a singular shopping capability in an effort to spur added revenue and profitability growth.  That should likely include not only grocery but added retail penetration segments to include drugs, medical supplies and pharmaceuticals, as well as other segments. Efforts could further include taking on added logistics and customer fulfillment services for hosted sellers.

Felton, with an extensive background in operations and supply chain will likely be driving the outlined three-year initiatives directed at increased efficiencies including enhanced automation of work processes, determining more realistic short- and longer-term capacity needs, and more than likely, rationalization of headcount requirements over the three-year horizon.

With ongoing inflation and corresponding higher interest rates expected to remain, and with the likelihood of an economic recession increasing, both executives will be under the looking glass as CEO Jassy seeks to navigate across the major challenges facing the company, corporate, political, economic and added regulatory scrutiny in scope.

The current change in senior executive leadership does not stem from Dave Clark’s departure but rather the unexpected resignation of long-time and recognized number two senior executive Jeff Wilke, in April of 2020.

At the time of the announcement of Wilke’s departure, in addition to Dave Clark’s ascension to lead the consumer business, Jeff Bezos announced three new members of the coveted S-Team executive body, one of which was a block female. The appointments included:

In last week’s announcement by Amazon, The Wall Street Journal additionally reported that Dave Bozeman, Vice President of transportation services, along with Alicia Boler Davis, were both departing the company. The Journal report specifically indicated:

“Ms. Davis and Mr. Bozeman have been among the short list of Black executives at the company in senior leadership positions. Ms. Davis, who some inside the company saw as a potential replacement for Mr. Clark, was the first Black woman to be part of Amazon’s S-Team, a leadership group that includes the company’s most senior executives.”

Obviously, the above noted resignations are a further important implication of last week’s senior executive shuffle, one that has yet to be determined as to its implications. We trust that either these executives or Amazon will have added comments relative to these added departures.

Amazon’s subsequent actions and strategies will continue to have implications on the company and on retail and other industry supply chains in the months to come. Whether this includes additional leadership changes or realignments is something to monitor.