The following Supply Chain Matters blog is part of our ongoing series of deep dives into each of our previously unveiled ten 2017 Predictions for Industry and Global Supply Chains.

At the start of the New Year, our parent, the Ferrari Consulting and Research Group along with our Supply Chain Matters blog as a broadcast medium, provide a series of predictions for the coming year. These predictions are shared in the spirit of assisting industry specific and global supply chain cross-functional teams in helping to set management objectives for the year ahead. Our further goal is helping our readers and clients to prepare supply chain management and line-of-business teams in establishing impactful programs, initiatives, and educational agendas.

In this deep-dive series posting, we drill down on Prediction Five.

There will be continued industry turbulence and change among global transportation networks in 2017. As the Washington Post has observed: “Industry change is indeed sweeping from all directions.”

For the past three years, we have predicted industry turbulence among global and certain domestic transportation networks.  Our predictions turned out to be fairly accurate but then again, the industry signs were obvious. In 2017, firms should plan for further industry turbulence and change occurring on many modal fronts.

In the ocean container shipping segment, the current lifeblood supporting global trade, the ultimate wake-up call came in August 2016 with the declared bankruptcy of South Korea’s shipping line Hanjin Shipping. Our Supply Chain Matters blog commentary declared this development as the financial shot heard around the world.  We opined that the declaration of receivership by the Korean based shipping line should be viewed as the first of many other cascading developments and consequent implications of multi-industry supply chains. The Hanjin receivership could not have come at the most critical period for shippers, that being the peak period of inbound holiday related products and components. Multi-industry supply chains are still attempting to unwind from disruptions caused from inbound container shipments that were held hostage on Hanjin vessels, and have subsequently incurred added costs and other impacts. One report indicates a furniture retailer and distributer has had to spend an additional $1 million to move or reposition inbound inventory.

In mid-October 2016, shipping industry research firm Drewry Maritime Research declared that the ocean container shipping market has bottomed out, predicting that ocean container shipping lines would record a record $5 billion in operating losses for 2016, with industry profitability to recover to a modest $2.5 billion by next year. Some business media reports predict even higher industry-wide losses, perhaps as much as $10 billion in aggregate. In this same period, Drewry warned importers and exporters to expect rate increases in both the spot and contract markets in the coming months.

This is now a race of industry attrition, with the strongest carriers and networks attempting to displace the weakest.

We cautioned shippers to consider that previous indicators have consistently noted that the ongoing ocean container industry overcapacity condition will prolong itself for at least the next two years, and that further industry consolidation by either merger and acquisition or financial receivership is yet to play out. By Q3 that shipping leader Maersk Lines indicated that it was on the lookout for added M&A opportunities especially those related to capturing more global market-share. In late 2016, the industry leader announced its acquisition of third-ranked Hamburg SuD after mutual negotiations.

Another area to watch is how much further various global maritime regulators will tolerate in industry M&A consolation and/or pooling arrangements before the economic interests of local shippers are considered. During 2017, three major shipping alliance networks, the 2M Alliance, Ocean Alliance, and THE Alliance, will begin to take control major global shipping routes. Supply chain teams should be prepared for frequent changes in shipping schedules and a dominance of mega-container vessels scheduled around fewer sailings. The implication is more inventory in-transit for longer periods.  A further area of ongoing concern is the ability of some ports to be able to efficiently unload, process and reload a predominance of Triple-E vessels that carry as much as 18,000 containers per sailing. While maritime regulators indicate that they will continue to monitor unreasonable tariff increases or significant decreases in services, their record of accomplishment for industry pushback has yet to be proven.

The bottom-line is that from our lens, ocean container industry turbulence will extend in 2017 and well into the next few years. If the global trade protectionist forces noted in Prediction Four indeed prevail, contraction in global shipping volumes will likely increase causing additional forces toward industry consolidation and/or contraction.

Industry supply chain teams have been able to reap the benefits of industry turmoil in historically low spot market rates that literally reflect below breakeven costs of shipping a container across major trade routes.  While that has contributed to needed supply chain cost savings, teams need to be cautious about assuming 2017-2018 will be a wholesale continuation of rock-bottom rates. As we pen this prediction in early January 2017, The World Container Index assessed by Drewry, which averages spot rates of 11 transpacific routings, had increased 62 percent since the announced bankruptcy of Hanjin in August 2016. Similarly, on the contracted freight services area, the Drewry Benchmarking Club Contract Rate Index that factors confidential information provided by ocean transportation procurement consultants increased in the fourth quarter of 2016 after having previously declined for more than 6 consecutive quarters.

Turbulence is again the prediction byline for the ocean container industry in 2017 and industry supply chains could be stung by the impacts in areas of service reliability and added costs.

The year 2017 will further reflect the first full year impact of the expanded Panama Canal. Many major ports on the eastern side of the canal continue with plans to make significant multi-year investments in upgraded infrastructure and deeper shipping channels to prepare for direct Asia to North American and South American east coast ports. The open question remains as to whether east coast ports will be ready to take advantage of the new direct routings to and from Asia. With the Trump Administration taking on a more perceived friendly alliance with fossil fuel interests, the benefits of the expanded Panama Canal could well be increased oil and natural gas export shipments to Asia. The expanded canal transit option will further serve as a potential alternative option for assessing any increased U.S. manufacturing based presence, when the bulk of a product’s component supply chain originates in Asia.

In our 2016 Predictions, we concurred with other industry watchers that M&A would become a new norm in logistics and transportation industry sectors during 2016. Indeed, such an environment continued in the third-party logistics (3PL) sector but the deal volume moderated below the higher profile deals of 2015. FedEx closed on its prior acquisition of TNT Logistics in Europe and has begun to report on the incremental revenue impacts. We now believe that M&A volume and newer disruption forces will once again come to the forefront in 2017.  As we pen these predictions in mid-January, UPS announced its acquisition of Freightex, a United Kingdom based asset-light provider of truckload and less-than-truckload specialized carrier services. In its announcement, UPS declared that the U.K. and Europe are strategic 3PL growth markets, particularly in cross-border movement opportunities.

The main forces of consolidation continue to be the growth in online and Omni-channel customer fulfillment and the increased disruptor roles of global online B2C and B2B customer fulfillment platforms Alibaba and Amazon. Each of these disruptors increased their self-controlled global logistics fulfillment and direct transportation capabilities during 2016 and each have now demonstrated the ability to self-manage last-mile fulfillment for premium online customers. Each is taking on a more contiguous fourth party logistics provider (4PL) profile.  Amazon has registered as both a Chinese business and as freight forwarder, with the ability to contract for both ocean container and surface freight service needs. In December 2016, Alibaba and Maersk Line teamed-up to allow Alibaba B2B customers to reserve space on Maersk ships via Alibaba’s One-Touch booking website. This points to what we foresee as a growing move to bypass traditional brokerage services.

The global logistics industry must now deal with the challenge of scale in technology and in automation capability which will necessitate either higher investments in the existing business or growth and scale leverage via acquisition. At the same time, we predict that advanced technology innovators will continue to take advantage of opportunities to streamline and enhance contracting, brokerage, transactional and business intelligence information flows through the application of advanced Cloud-based applications and services. The goal continues to be enabling more efficient, timely and cost-effective transportation service selection alternatives for both the shipper and the end-customer.

The North American railroad sector had its own industry-wide challenges in 2016 with U.S. and Canadian based railroads negatively impacted on the demand side by significant cutbacks in North America crude oil and general commodity transport needs. Railroads that experienced a boom period in crude transport were suddenly forced to shed significant headcount and idle rolling stock inventory.  The open question for 2017 is whether this negative trend continues and inflicts added negative financial results, necessitating the need for rate increases. Further, oil pipeline companies have managed to make progress on pipeline projects that will transport crude oil supplies from the U.S. Bakken region to consumption and port sites.  Thus far, the Trump Administration has indicated tendencies to be favorable towards supporting accelerated pipeline efforts thus permanently impacting the rail option.

A wild card for U.S. rail volumes is whether the U.S. Congress and the Trump Administration makes good on promises to make substantial new investments in transportation infrastructure project needs. That could spur demand for increased steel and bulk commodity focused rail shipments

This concludes our Prediction Five drill-down. In our next posting of this series, we will dive into Prediction Six that calls for a renewed renaissance in business and technology investment. 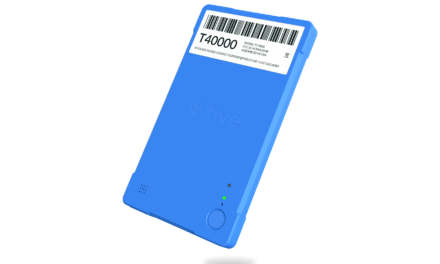 Our Tribute to Steve Jobs