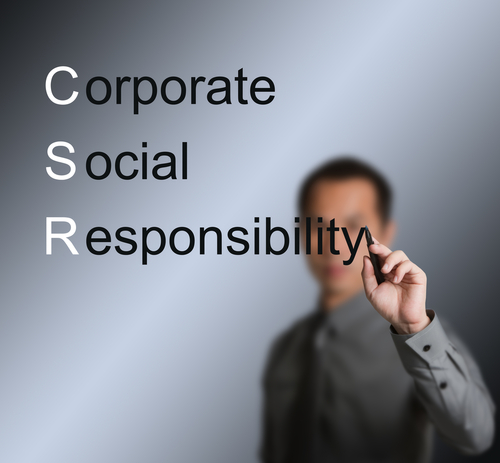 As supply chain management and business teams entered the year 2021, Prediction Ten of our annual predictions for industry supply chains communicated our belief that focus, and support of business sustainability and corporate responsibility would take on a more active focus in the aftermath of COVID-19. As supply chain management leaders look back to the ongoing challenges of the first-half, while continuing to prepare for the second half of this year, multiple added developments, especially during July, along with added survey, data reinforce that indeed, corporate social and environmental responsibility (CSR) initiatives will remain active, and that is good for all industries and our planet as a whole.

On the notable events front, this year began with cascading severe winter storms and severe cold weather have affecting major portions of the United States and Europe. Weather forecaster Accuweather described the conditions as: “The most unrelenting winter weather pattern in decades unleashing brutally unseasonable cold and record snowfall deep into Texas…” That resulted in unprecedented snowfall and bone chilling cold impacting a number of U.S. states particularly Oklahoma and Texas where a low temperature of minus 2 degrees Fahrenheit broke a record in the Dallas Forth Worth region. The result was rolling or outright multi-day blackouts of electrical power supply within broad areas of Texas leading to manufacturing, energy and supply chain disruptions that remain as Challenges in supply planning.

Thus far this year, spring and summer climate change conditions across within the U.S., Europe and China, to name three, have provided acute examples of extreme temperature heat waves and severe storms.

For the past few days, we have all read of extreme flooding that has impacted parts of western Germany and portions of Belgium resulting in potentially hundreds of deaths. The devastating images of destruction of homes, businesses and infrastructure are striking. Some are characterizing the event as a 500-year flood.

As we pen this blog, raging wildfires continue to impact areas of the U.S. west and especially the stats of Oregon and Colorado. Today provides news that upwards of 25 people have perished and over 100,000 have been evacuated after catastrophic floods impacted the central Chinese province of Henan including the city of Zhengzhou, the epicenter of Apple iPhone manufacturing. Reportedly, the equivalent of eight months of rain fell in over a 24-hour period resulting in what are described as severe conditions. In the Southern Hemisphere, coffee farmers across Brazil are attempting to save their harvest after the coldest weather in more than 25 years impacts this country,

On the CSR front, the German Federal Parliament approved in June a draft bill termed the Supply Chain Diligence Act with a stated purpose for German companies to identify human rights and environmental risks and to establish adequate and effective risk management processes. The act reportedly outlines where companies would be required to identify and assess human rights and environmental risks that would include prohibition of forced or child labor, servitude or disregard for occupational health and safety. German companies or companies doing business in the country would be required to issue a policy statement on their human rights strategies and introduce preventative measures within their own businesses and direct suppliers. An advisory from international law firm McDermott Will & Emery explains some of the implications of this act.

In the midst of these increasing concerns, investors and investment firms are now becoming more active in evaluating equity investments based on a company’s CSR support efforts.

In late May Supply Chain Matters noted a monumental week for global supply chain sustainability efforts In a single day, a Dutch court ruled that Royal Dutch Shell had helped to drive “dangerous climate change” and ordered the company to make deeper cuts in its CO2 emissions, and those of its suppliers by 45 percent by the end of 2020, from a baseline of 2019 levels. Also, at the ExxonMobil Annual Stockholders meeting, a small activist investor, Engine No. 1, led a movement to win two seats on the ExxonMobil board. The firm argued that the energy company’s long reluctance to alter its business strategy to account for climate change was endangering profits and called for the oil giant to diversify its investment strategies in order to be ready for a world that requires fewer fossil fuels.

In the same day, auto maker Ford Motor, with a history of reliance on selling large and more profitable pick-up trucks and SUV’s, announced that it would double its investment in a future electrified powered vehicle line-up by 2025.

This week the MIT Center for Transportation and Logistics (MIT CTL) and the Council of Supply Chain Management Professionals (CSCMP) published the second annual report, The State of Supply Chain Sustainability.

The report’s research approach indicates upwards of 2,400 survey responses, double that received in 2019, representing multiple industries and supply chain functions. This year’s survey added 21 executive interviews and the review of over 250 strategy documents. The majority of responses reportedly came from North America and Europe, mostly from males, skewed toward younger professionals working in supply chain roles.

In the report’s executive summary, the researchers indicated that with the COVID-19 global pandemic ongoing in 2020, there was an expectation that investment and enthusiasm for supply chain sustainability would surely dampen. Instead, more than 80 percent of survey respondents indicated that the pandemic had either little impact or increased their firm’s commitment to sustainable and social responsibility efforts.

The report provides four dimensions that include a framework for examining supply chain sustainability, disclosure and engagement, the effects of the pandemic on such efforts, a quantitative typology of firms based on their level of commitment, and an outlook for what is to come in CSR efforts.

Among the highlighted findings:

However, the one finding that caught our eye was that investments see limited growth: “Our research shows that while there have been bold commitments in the public sphere, there has been limited change in companies’ willingness to invest in SCS programs.”

At the mid-point of 2021, it is clear that global citizens, consumers, companies and their respective teams are becoming much more aware about the frequency and magnitude of climate related events. At the same time, a global wide pandemic has brought added awareness and sensitivity to the importance of social responsibility and human rights efforts among businesses.

From our lens all of the above highlighted events and added survey data point to added concern and more concerted efforts in corporate social and environmental sustainability efforts. As noted in our published prediction earlier in the year, the extent of the pandemic’s vast impact on customer demand and supply networks, including the various business continuity vulnerabilities, coupled with this litany of ongoing climate related natural disasters drives home a reality that sustainability is definitely about the future of business and of respective global and domestic supply networks. Paying lip service to CSR is not a good business or supply chain management strategy.

Our belief is that this time next year, even more added developments and survey data findings will indicate more active concern and resolution for CSR actions among many more businesses, large and small.