Continued Abuse of Shippers from the Ocean Container Industry Has Implications

Supply Chain Matters continues our ongoing stream of commentary directed at the ocean container shipping operators and their track record of disregard for shipper needs for cost efficient and reliable transport of ocean container freight from Asia based ports.  This collection of carriers represents an industry with a one-dimensional 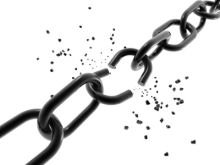 mindset, profitability for carriers, in spite of major strategic blunders in fostering a situation of over capacity, and in spite of shipper needs for lower costs in transportation of goods from Asia. We continue these commentaries because in our view, shipping industry media seems to want to focus on parroting industry news vs. an editorial on the implications.

After a noteworthy attempt a year ago to increase the reliability and frequency of service, carriers have withdrawn capacity and slowed transit speeds in order to conserve fuel and raise profitability. In our previous commentary in late March, we noted how the arrogance toward customers keeps on giving. Industry leader Maersk Line, in the wake of a $537 million loss in net profits, announced it would cut Asia to Europe vessel capacity by 9 percent. In a Financial Times interview in late February, Maersk CEO, Soren Skou declared that the industry margins of 2 per cent over the last seven years had to change, and that 12 percent was a more acceptable range.  Later he declared that unless industry returns do not reach 8 or 9 percent, the industry is destroying shareholder value.  Supply Chain Matters can certainly state up-front that any carrier should deliver shareholder value, but the issue is the manner and aggressiveness of how that strategy is carried out. While the industry might have viewed bigger and more efficient ships as the answer to increased profitability, too many of these ships have exceeded any conceivable notion of container shipment growth, and the carriers now want to extract profitability goals from previous capacity oversteps with large debt overhangs.

Our latest commentary is triggered by a cover story within the August edition of Cargo Business News which is titled, The Cost of a Container. This article provides industry readers sobering realities of what has occurred thus far in 2012, and has special significance since the months of August through September are the peak shipping months in Asia outbound activity.  According to the article, spot market container shipping costs from Asia to the U.S. have risen more than 77 percent since December 2011, and about 50 percent higher than August of last year.  According to Drewry’s, shipping costs from Asia to Europe are up a whopping 177 percent since the beginning of the year. Carriers withdrew 10 percent of existing Asia to Europe ship capacity and thus far in 2012, while reported shipping volumes have been tracking to zero growth. In the Asia to U.S. segment, carriers have reduced second-half ship capacity by 5 percent while shipping volumes have grown a mere 2.3 percent.

While large volume shippers holding annual shipping contracts have been largely protected from these stunning increases, the termed non-vessel-operating-carriers (NVOs), representing an estimated 40 percent of current annual shipping volume, are bearing the full blow of the 2012 aggressive rate increase strategy. One mid-sized NVO industry representative is quoted as indicating that the current trends are going to put many smaller and midsized NVO’s out of business.  We would add that this prediction reminded us of what occurred in the U.S. trucking sector during the last severe U.S. recession in 2008-2009, when many smaller independent truckers, who provided services to smaller volume shippers were forced into bankruptcy by the spiraling costs of fuel and new equipment.

The Cargo Business News article points out that current rising spot market rate, if continued through the remainder of the year, will become the basis of negotiations for next year’s annual contracts with volume shippers.

Scanning the latest earnings announcements of various carriers provides more ample evidence of a one-sided perspective. Industry leader A.P. Moller-Maersk swung from a $600 million loss in the first quarter, to a net profit of $965 million in its latest quarter, while (to no surprise) raising its earnings outlook for the remainder of 2012. Maersk Line indicated its rates increased on average 4.2 percent in the second quarter, on top of a 14 percent increase in the first quarter. German based Hapag-Lloyd posted a narrower second quarter loss of $9 million while operating profit rose 18 percent. It reported an average freight rate increase of 7.4 percent in the latest quarter. Hong Kong based Orient Overseas reported a a 33 percent plunge in operating profits, despite a 6.1 percent increase in first-half volume from a year earlier.  Both Hapag and Orient Overseas pointed to higher fuel costs, on the order of 14-16 percent, as prime reasons for concern. Giving carriers their due, there are certainly other increased costs related to security protections against ongoing incidents of piracy in the Somalia region.  That stated, do these costs equate to rate increases of the magnitude seen in 2012, with shipping volumes relatively flat? Air cargo carriers such as FedEx and UPS were forced to reduce capacity twice this year indicating that volumes are declining or shippers have turned to less expensive surface transit options. Shippers seek more cost sensitive options and the industry moves opposite to these needs.

Global supply chains need to count on major global transportation carriers, like any other key supplier, as a collaborative partner for two-way goal fulfillment.  Shippers need reliable, consistent transportation services that help in lowering overall transportation and inventory in-transit costs.  They should expect a consistent rate structure vs. a peppering of see-saw opportunistic rate increases or retracted announcements.

Ocean container shipping is often characterized as the engine that drives global trade, but multiple years of significant cost increases can only drive a re-visit of the original economics in overall production sourcing decisions involving Asia. Just like the U.S. trucking sector, smaller sized shippers may pay the ultimate price in current and future rate increases, which stymies industry innovation. The ocean container industry needs to stop seeding its own destruction, in an unfolding strategy of too many mega-ships and gross excess capacity to fund, with shippers expected to finance profitability gaps.

The analogy of the chain is only as strong as its weakest link applies, and the weakest link in our view, is this industry’s current path. In the end, both carriers and shippers pay the price.

©2012 The Ferrari Consulting and Research Group LLC and the Supply Chain Matters Blog.  All rights reserved.

Lessons in Value-Chain- High Speed Rail for the U.S.