Container Ship Ever Given Finally Sets Sail But Precedent Has Occurred 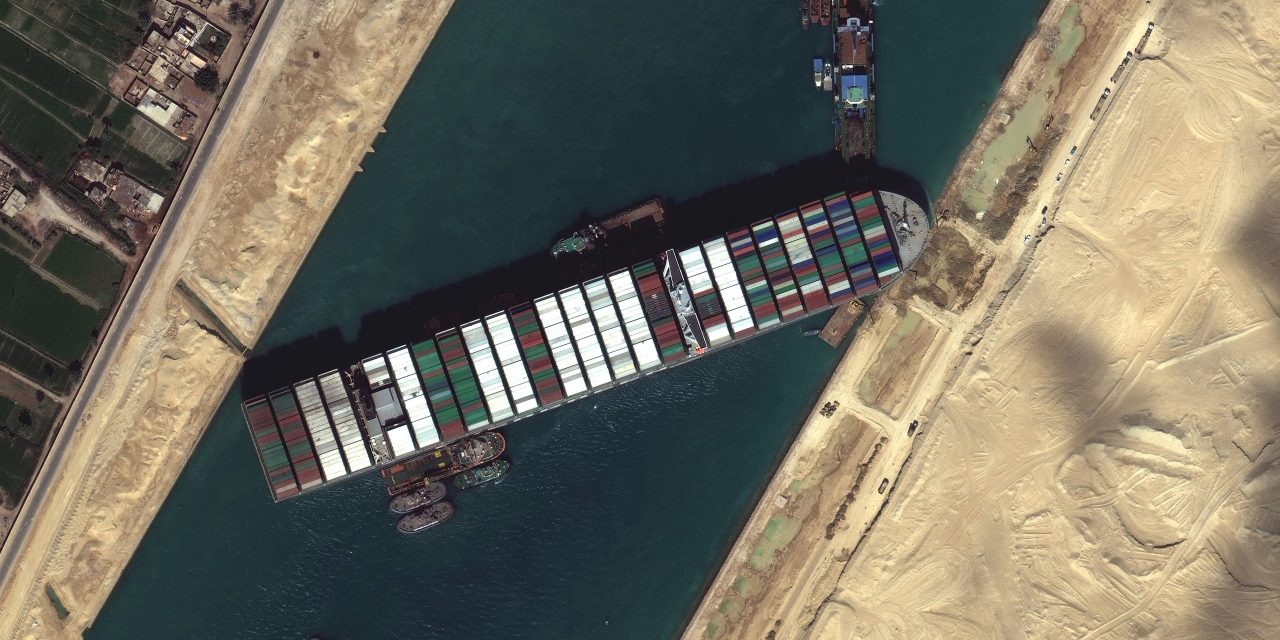 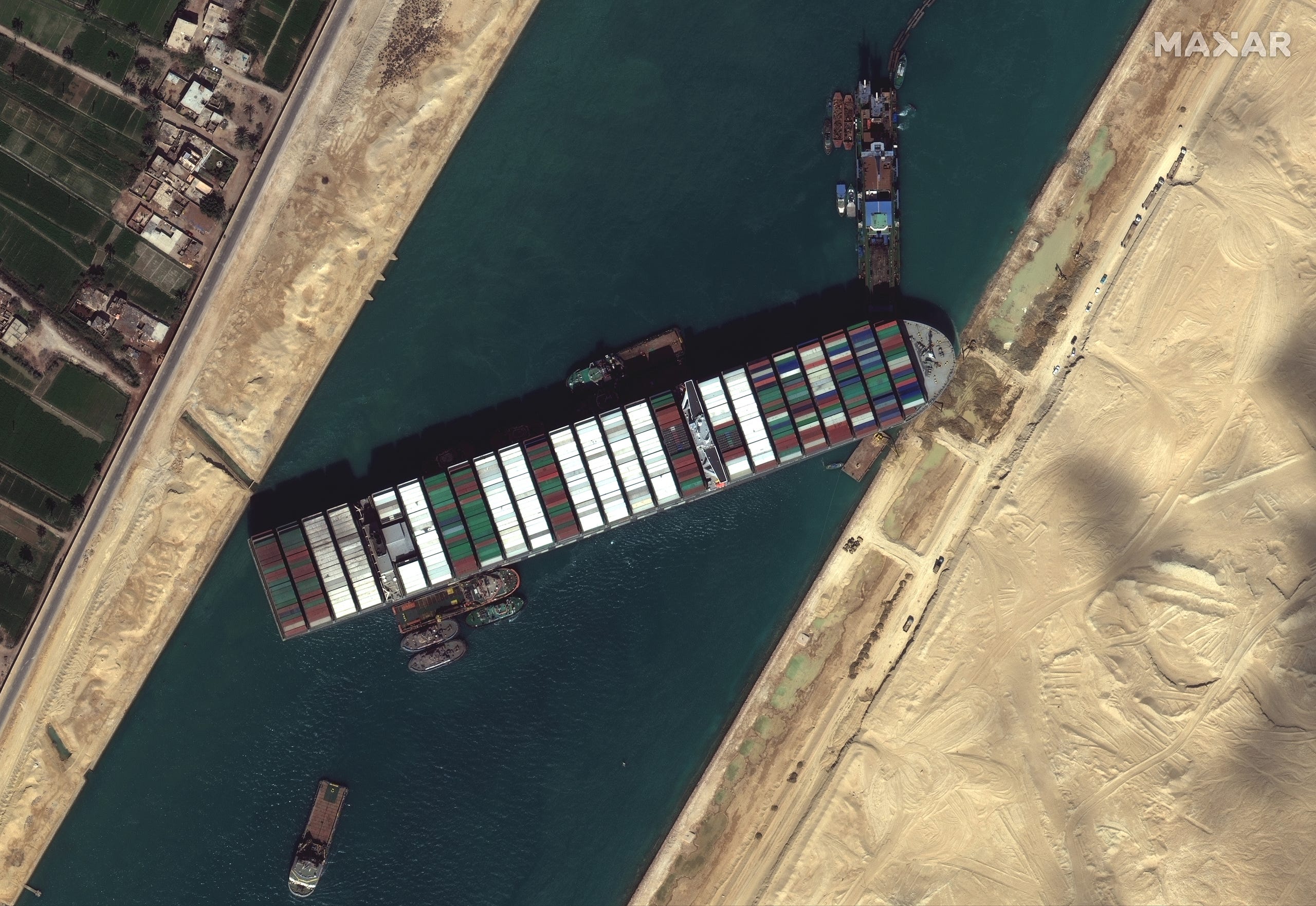 This week marks yet another significant milestone in global shipping in a year that has already provided a plethora of not so positive milestones.

The container ship Ever Given, was finally cleared to set sail from its temporary mooring, after March’s Suez Canal grounding incident that blocked all ship traffic traversing one of the world’s most crucial shipping channels for over a week.  Over 400 ships were eventually impacted by the incident, which in-turn, resulted in cascading disruptions in shipping schedules and cargo arrivals and departures which continue to unfold.

This ship, considered to be among of the largest container vessels in operation, was directed in late March to lay anchor in a lake holding area while lawyers representing the Suez Canal Authority (SCA) and the ship’s actual owners worked back and forth on an undisclosed multi-million financial settlement. Today’s formal ceremony from the Port of Ismailia which was broadcasted live via Egyptian Television, included foreign diplomats, lawyers and other dignitaries and a formal settlement agreement was signed by representatives of the ship’s owners and the SCA.

The vessel, with upwards of 18,000 containers on-board and valued in billions, will initially undergo a hull inspection and then make its way to the Port of Rotterdam and then on to Felixstowe in order to final offload its containers, months later than their previous scheduled date of arrival.

Business media has noted today’s milestone not as a celebration but as closure of another Black Swan incident, in a period now laced with such incidents. Reports focus on the negotiations and the perceived saving face among the two parties in coming to a final settlement related to liability and damages.  But today’s ceremony is not the end of such discussions and implications of this incident. Who really knows if there will be another incident of the same magnitude, but with a different and more damaging outcome.  Be thankful of the efforts of Suez and international salvage and recovery crews who marshalled in the March incident.

Supply Chain Matters was more attuned to a theme which Bloomberg’s reporting of today’s event described as “insuring creditability” among government and shipping industry players.

Only we take a broader perspective, namely that the Suez Canal blockage incident exposed the added vulnerabilities of global logistics and transportation networks and on an industry, and on maritime regulators that have become too comfortable with inward aligned industry business norms, practices and alliances.

The introduction of mega-container ships was conceived to add greater cost efficiencies for shipping lines but not necessarily for the global based infrastructure required to efficiently support the flow of global commerce. That includes port and intermodal infrastructure as well as more advanced ship navigation and load balancing requirements.  Since the introduction of such vessels, accidents involving lost or overboard containers are on the rise. Mega ships require more labor and/or port automation to load and unload.

Then there are the market rate implications. Since March, the average cost to ship a 40-foot container has exploded to $8,339 according the most recent Drewry Container Index. Reportedly, current rates for shipping a container from China to major ports in the U.S. West Coast or Europe are averaging beyond $12,000 with reports of more than $20,000 for spot market bidding, as businesses seek what available slots remain for the current busiest shipping period.  Most of this has been precipitated by not only the effects of the Suez incident but the recent temporary multi-day disruption at the Port of Yantian, China’s busiest port.

As we stated in our blog commentary reflecting on the 32nd Annual State of Logistics Report, perceptions come in many dimensions. They are either internally focused and in the context of the industry and its stakeholders, or outward focused on the context of shipper and importer needs in utilizing more synchronized intermodal services and in service reliability expectations.  The logistics and transportation industry struggles with differentiating, balancing and prioritizing both dimensions. While the shipping industry perceives higher sailing efficiencies, material on-time measures are no longer a valid metric for planning reliability.  The notions of added safety stock inventory permeates multi-industry settings.

On the one hand, new industry disruptors are leveraging more sophisticated digital technologies to upend the industry’s traditional inward focused efficiency weighted visibility, risk identification and decision-making processes.  They message to the current needs for enhanced end-to-end shipment and inventory visibility. On the other, existing carriers are now leveraging similar technologies to align limited capacity to more profitable shipping lane opportunities. It is a seller’s market and the seller, in many cases, now has the technology tools to understand where market opportunities benefit enhancing carrier bottom lines.

Today’s milestone of the freeing of the Ever Given is singularly focused in that certain global transportation and logistics services providers likely view this as ceremonial.  What has transpired in four months has changed the overall market dynamics and added costs and service impacts will be felt by far broader market recipients.

As we pen this blog commentary, The Wall Street Journal citing informed sources, is reporting that the Biden Administration is in the process of issuing what is described as a sweeping executive order ordering the Federal Maritime Commission and the Surface Transportation Board to address what is described as a pattern of consolidation and aggressive pricing for U.S. businesses to be able to bring products to market.  We wonder aloud if similar actions from other nations will follow.

© Copyright 2021, The Ferrari Consulting and Research Group and the Supply Chain Matters® blog. All rights reserved