Posted by ferrariadmin | Aug 13, 2013 | Procurement and Sourcing, Transportation and Logistics | 0 |

In August of 2012, Supply Chain Matters called reader attention to an important milestone in Asia and North Atlantic Ocean transit.  At the time, a Chinese icebreaker was successful in completing the first ship voyage that utilized an Arctic Ocean and polar icecap route to travel from China to an Icelandic port. This voyage was possible because of the extraordinary melting of the polar ice caps which has diminished sea ice in this previous unnavigable routing from China westward. We noted the significance of this voyage as investigating the potential for a shorter seasonal ocean transit route from China to European, Russian or North American ports.

Now, an article originally published in The Financial Times and syndicated by CNBC Business News reports that a Chinese cargo ship is now attempting the first ever commercial transit of the Northwest Passage.  The Yong Sheng, a cargo vessel operated by state-owned Cosco Group set sail on August 8 from the port of Dalian, bound for Rotterdam. This vessel is expected to reach its destination by September 11 which amounts to a total transit time of 35 days. The article reports that the journey via the Bering Strait has the potential to shave as much as 15 days off the traditional Suez Canal routing.

While there are certain cautions that it will be years before this route that is only passable for a few months, can be commercially viable, the fact that a Chinese cargo vessel has now attempted such passage is yet another significant milestone. It also points to China’s intent to be assertive in declaring interests in the northern Pacific and Artic oceans.

In the article, one of Norway’s biggest ship-owners declares considerable doubt as to the wide-scale use of container cargo ships utilizing this route.  We would not cast such a skeptic eye on this potential routing.

Innovators are often the first to take advantage of disruptive trends, and if not the initial innovators, those that come shortly thereafter.  It seems that China is positioning itself to be the innovator in this particular routing of surface cargo. 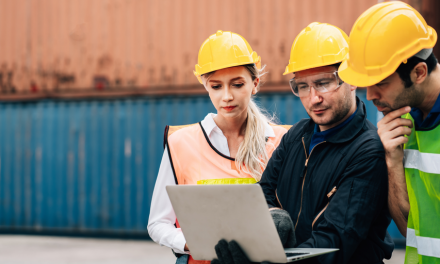