Labor negotiations among the Pacific Maritime Association (PMA) and the International Longshoremen and Warehouse Union (ILWU) have reached a crisis stage and industry supply chains, if not already, must have contingency plans underway. After months of elongated negotiations and near paralysis of operations, the stage appears set for a showdown.

The crisis boiled over yesterday when the PMA, operator of 27 U.S. west coast ports decided to temporarily shut down port unloading operations this weekend, indicating that the ports did not want to compensate overtime to workers it believes have been deliberately slowing down operations.

For its part the PMA has publically indicated earlier last week that it had placed on the table an “all-in” five year proposal that increases pay and pensions by about 5 percent each year for the life of the contract. The ILWU has publically indicated that that there are but a few issues to are resolves and calls the current PMA actions of temporary closing to be irresponsible. There are now growing fears of a potential lockout of union workers beginning next week. Interesting enough, U.S. federal mediators were brought into these negotiations in early January.

“Temporarily suspending port operations is just another example of the International Longshore and Warehouse Union and Pacific Maritime Association shooting themselves in the collective bargaining foot. The continuing slowdowns and increasing congestion at West Coast ports are bringing the fears of a port shutdown closer to a reality. The entire the supply chain – from agriculture to manufacturing and retail to transportation – have been dealing with the lack of a West Coast port contract for the last nine months. Enough is enough. The escalating rhetoric, the threats, the dueling press releases and the inability to find common ground between the two sides are simply driving up the cost of products, jeopardizing American jobs and threatening the long term viability of businesses large and small. Our message to the ILWU and PMA: Stop holding the supply chain community hostage. Get back to the negotiating table, work with the federal mediator and agree on a new labor contract.”

Supply Chain Matters applauds NRF for its candor and in stating the obvious, it is time that the two parties quickly resolve their differences and stop impacting global commerce. As we have opined previously, the damage is already been done and the effects will be longstanding.

What happens next is anyone’s guess. A shutdown of all U.S. west coast ports, albeit short in duration would have even more devastating effect. The White House could invoke the Taft-Hartley Act calling for a cooling-off period and forcing the parties to continue to negotiate.

In all scenarios, the port situation continues to worsen and any return to normal operations will take an enormous amount of days. U.S. railroads servicing West Coast ports have already indicated that will be delaying intermodal service to the ports because of the current congestion. Trucking firms continue to feel the impact with longer queuing lines along with times for pickup and unloading.

Industry supply chain and their respective sales and operations planning teams, both large as well as smaller company focused, need to have contingency plans underway to work around this messy situation since the prospects at this point, are not good for normalcy any time soon.

The Supply Chain Matters Blog is Back: Oracle OpenWorld 2019 Attendance 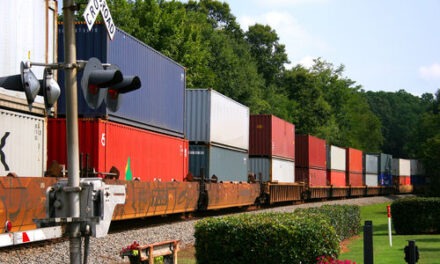 The State of Logistics- The Obvious in Numbers and in Implications