As we pen this Supply Chain Matters posting, the news regarding the announcement prompted U.S. stocks to selloff over 400 points on fears that such an action could trigger retaliatory trade actions from other countries. The action could likely have an added cost impact for many U.S. manufacturers and their associated inbound component costs that have relied on imports of steel and aluminum. 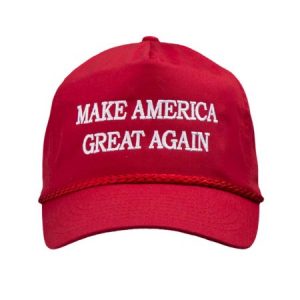 President made his announcement while hosting a hastily organized White House meeting with 15 executives representing U.S. steel and aluminum interests. The action was justified by invoking a 1962 trade law that gives the President broad discretion to curb imports deemed a threat to “national security.” Trump further elected to go with the toughest of the three options presented by the U.S. Commerce Department. The latest actions appear to be extreme, politicized, and risky in terms of broader implications to the U.S. economy and to U.S. manufacturing component and end-item costs.

Prior to today’s meeting, there was reported speculation that the President’s own trade advisors were split on making such an announcement, and on the degree of tariffs to be imposed. The Wall Street Journal has reported that many in the White House first learned of the plans from news reports issued last evening. Further noted was that the U.S. Defense Department itself cautioned against a potential backlash from a broad tariff action, fearing alienation of U.S. allies Canada and Japan.

If the President indeed moves forward with his intent to impose such tariffs, U.S. domestic steel and aluminum producers could indeed benefit from a restriction in import volumes. However, the action has far broader implications for higher pricing of U.S. construction, transportation, auto and equipment products along with a real threat of retaliatory tariffs imposed by affected exporting countries.

There is added concern that such an action could torpedo ongoing NAFTA re-negotiation talks since Canada and Mexico are both metals producers. The talks began their 7th round of negotiations this week with lots of back room conversations occurring to sway different individual industry, labor, and agricultural interests.

The addition of such steep tariffs on imported steel has a direct impact on ongoing trade relations between the U.S. and China as-well. Consequent retaliatory trade actions from China could have added multi-industry procurement and supply chain cost impacts.

At this point, procurement sourcing and industry supply chain teams need to remain diligent in analyzing and simulating potential cost impacts related to these ongoing trade actions being initiated by the Trump Administration, along with any subsequent retaliatory actions.  Direct material sourcing teams will likely have to scramble to negotiate back-up capacity from U.S. based steel and aluminum producers. For some specialty metals, there may likely be no domestic production capacity.

Such ongoing actions reinforce our 2018 Prediction that a Make America Great mantra and subsequent changing global trade policies will continue to provide a challenging tactical and strategic sourcing and component cost landscape for U.S. based manufacturers.

Today, the Institute for Supply Management (ISM) PMI reading for February was reported as 60.8, the highest number in many months of reporting. The report makes specific mention of labor, production and other capacity constraints impacting multiple reporting industry sectors in their ability to fulfill existing demand. Even if U.S. domestic steel and aluminum producers were to initially benefit from added import tariffs, their ability to ramp-up domestic capacity to support current high levels of ongoing U.S. production and supply chain activity would be a lengthy process.

New Iterations and Larger Stakes in Supplier Based Innovation