This week, Mitsubishi Heavy Industries announced a definitive agreement to acquire the remaining portions of Bombardier’s regional-jet business for $550 million. The Canadian based manufacturer has restructured its aviation business over the past two years, most notably agreeing to a new joint-venture with Airbus concerning the highly touted C-Series aircraft. The Mitsubishi announcement followed a prior deal to sell the company’s Q Series turboprop aircraft program to an affiliate of Longview Aviation Capital Corp.. The company will continue to design and produce business focused jets.

Reflecting on this week’s development, CEO Alain Bellemare indicated that the Mitsubishi deal “represents the completion of Bombardier’s aerospace transformation. We are confident that the acquisition of the program is the best solution for airline customers, employees and shareholders.”

Bellemare continued: “With our aerospace transformation now behind us, we have a clear path forward and a powerful vision for the future. Our focus is on two strong growth pillars: Bombardier Transportation, our global rail business, and Bombardier Aviation, a world-class business jet franchise with market-defining products and an unmatched customer experience.” 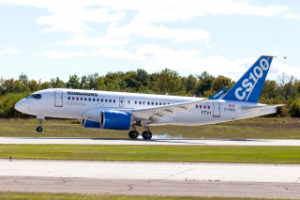 Supply Chain Matters first alerted our readers to Bombardier’s bold commercial aerospace intentions in a 2010 blog commentary: Bombardier C-Series Joins in the Global Supply Chain Outsourcing Perils of Aerospace. The C-Series is a 100-150 single-aisle passenger aircraft that was the cornerstone of the company’s plan to compete head-on with the duopoly of Boeing and Airbus for advanced, lightweight commercial aircraft that can deliver compelling fuel efficiencies for airlines, specifically for regional airline routes. This was a market segment essentially unserved at the time.

The manufacturer had embarked on a huge strategic gamble on the supply chain deployment and market launch of its new C-Series aircraft which was originally scheduled for market entry in 2012.  The aircraft featured an outsourced global supply chain for many of its major components, allowing Bombardier to concentrate solely on innovation, design and final assembly needs.

In 2014, after several setbacks and delays, the aircraft had its first maiden flight, however, the program incurred a further setback resulting in an additional nine months to review operational challenges. At that time there were 177 booked orders for the aircraft including a 60 aircraft order from Lufthansa’s Swiss International Airlines.

After a subsequent series of changes in various program executive leadership roles the aircraft finally entered into operational service in July 2016, three years from original program milestone.   Upwards of $5 billion had been invested in bringing this aircraft to market.

During the first-half of 2016, Bombardier had secured firm orders for 127 C Series aircraft while Canada’s aviation agency had further  awarded type certification to the larger CS-300 model. Later that year, another program setback occurred when sole aircraft engine manufacturer Pratt & Whitney indicated that the supplier would not be able to fulfill its 2016 delivery commitments due to engineering and operational performance issues with the engine.

The aircraft itself received positive acclaim from both operating airlines and flying passengers, yet  the financial toll on the broader operations of Bombardier continued to have a noteworthy financial impact on the company. A year earlier, to overcome continued financial funding needs, Bombardier struck an agreement with the government of Quebec to give-up nearly half its stake in the C-Series program in exchange for a $1 billion additional investment. The company further sold an equity stake in its train manufacturing division to a Quebec pension fund for $1.5 billion. Despite these efforts, at the end of 2016, the company elected to shed upwards of 10 percent of its workforce, amounting to 7500 jobs, in order to restructure program and broader operational expenses

Throughout the history of the program, Airbus and Boeing sales teams were very aggressive in insuring that any interested airlines would not seriously consider acquisition of the C-Series. A significant breakthrough came in 2017 with the announcement of a $5.5 billion sale of 75 C-Series aircraft to U.S. based Delta Airlines.

Boeing took exception to the sale and filed a compliant with an international trade body of the U.S. Commerce Department alleging that Bombardier’s sale to Delta Airlines had benefited from unfair subsidies provided by the governments of Canada and the United Kingdom. As a result, U.S. trade officials indicated they planned to institute a whopping 220 percent tariff to the cost of new C-Series aircraft sold to U.S. customers. That action was subsequently overturned by the US International Trade Commission. The action further prompted a negative response to Boeing from both the governments of Canada and the United Kingdom, both with supply network stakeholder interests in the program.

In October 2017 came the stunning announcement in what many industry players termed the “deal of the century,” namely that Airbus had agreed to acquire a majority stake in in the C-Series program, in-essence, throwing both a lifeline to Bombardier as well as adding its far larger procurement and supply chain resources to the program. At the time, The Wall Street Journal characterized the development as:

The deal called for Airbus to take a 50.01 percent interest in the C-Series Aircraft Limited Partnership (CSALP) that was formed in 2015 when the Quebec provincial government invested added funds into the program. No money changed hands on completion of this deal and reportedly, no additional debt was assumed by CSALP.

Airbus agreed to  assist in commercial agreements covering sales and marketing of the C-Series, as well as provide its added influence and market influence in procurement management and supply chain support.

Since that time, the former C-Series has been reconstituted as the Airbus A220 aircraft family, marketed as an expansion of the Airbus single-aisle family to cover the 100-150 seat segment and respond to a worldwide market demand for smaller single-aisle jetliners. The new Airbus moniker, supply network  and organizational support is continuing to provide added customer orders and building backlog.

At last week’s Paris Air Show, Airbus announced 85 new orders involving the A220 series, adding to the May backlog of 135 orders.

From the beginning, Supply Chain Matters was impressed with the bold vision of the C-Series, including its supply network strategies.

Being a smaller player among the duopoly of Airbus and Boeing, Bombardier took on a challenge both in product design and in gaining overall global market traction.  Regarding the former, this aircraft will likely continue to be lauded for its smart design, passenger comfort and technological advances. This Editor looks forward to having the opportunity to fly in this aircraft and experience the ride.  Regarding the latter, Bombardier’s shortfall likely came from its smaller size and limited industry influence among prospective commercial airline or lessor customers. The company could not match the direct sales reach and influence of the two dominants. Prospective customers likely wanted assurances that the program had long standing financial stability.

Unfortunate multi-year delays in market entry did not help, nor having the industry supply network influence of an Airbus or Boeing to push back of supplier delays such as that of Pratt & Whitney.  The fact that now, with the Airbus branding, the aircraft continues to garner order volumes is the testimonial to market influence and known stability. 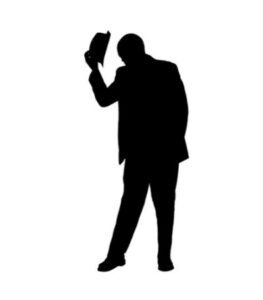 sode in commercial aerospace will likely be a reference business case study among business and engineering focused universities.

Supply Chain Matters would like to extend our Tip of the Hat recognition to all former and current Bombardier and associated supplier employees and staff members who contributed to the vision of C-Series program and its supply and customer support ecosystems. History always serves as the final judge and our belief is that this aircraft will have a continued existence for years to come.