Last week, transportation equipment provider Bombardier announced plans to shed an additional 7,500 jobs, or just over 10 percent of its global workforce, as it focuses on turnaround efforts amid a soft business-jet market and hiccups with its CSeries commercial aircraft program.  This announcement came in the wake of a prior February announcement to reduce 7000 jobs.

The Canadian-based commercial aircraft and train manufacturer indicated that the headcount reductions will be global in-nature, affecting administrative and non production positions across the company, and are expected to save it about $300 million by the end of 2018. 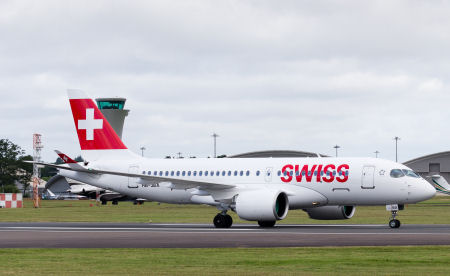 According to business media reports, about two-thirds of the latest headcount reductions will stem from Bombardier Transportation, the company’s rail manufacturing business. About 2000 of these job cuts are expected to impact employees within Canada.

The cuts are further expected to include a realignment of design, engineering and manufacturing structures and the creation of new “Centers of Excellence” overseeing both rail and commercial aircraft manufacturing.

As Supply Chain Matters and business media continually points out, Bombardier has made a big strategic bet with the development and production in the CSeries single aisle commercial aircraft being a global airline alternative to aircraft producers Airbus and Boeing. This new aircraft finally entered commercial service with Swiss International after a multi-year program delay and flew its first paying passengers in July.

While the new aircraft is garnering positive reviews from airline customers, the financial toll on the broader operations of Bombardier continue and have had a noteworthy financial impact on the company. A year ago, to overcome continued financial funding needs, Bombardier struck an agreement with the government of Quebec to give-up nearly half its stake in the CSeries program in exchange for a $1 billion additional investment. The company further sold an equity stake in its train manufacturing division to a Quebec pension fund for $1.5 billion. That division continues to respond to stiff global competition coming from China’s lower-cost, state-owned rail equipment producers who are in the process of merging.

The latest and perhaps most untimely setback to CSeries program came late this summer with an announcement by aerospace aircraft producer Pratt and Whitney that it would not be able to meet its 2016 production and delivery commitments to certain aircraft manufacturers that included both Bombardier and Airbus.

We previously highlighted that Airbus’s first-half shipping performance related to its new A320 neo aircraft were noticeably impacted by delayed delivery of Pratt’s new geared turbo fan engine. Airbus had delivered just 5 A320neos in Q1 and 3 in Q2 while nearly a dozen of completed aircraft was reported at the time to be lined-up on factory adjacent runways and parking areas awaiting Pratt to deliver completed engines. The July delay was associated with fixing the engine’s cooling design through a combination of software and component modifications.

In early September, Bombardier publicly disclosed a delivery schedule adjustment due to the shortfall in expected completed engines from Pratt. While re-adjusting to a lower revenue expectation, the manufacturer reaffirmed its prior earnings commitment, most likely setting the stage for the current headcount reductions.

Moving forward, the new CSeries is more than ever highly dependent on the consistent and more-timely performance of its sole aircraft engine supplier, Pratt. Industry watchers and academics may well look back and question whether specification and reliance on a single aircraft engine design was a wise one. Then again, Bombardier, from the get-go, may not have had the financial deep pockets to be able to certify and source more than one engine supplier.