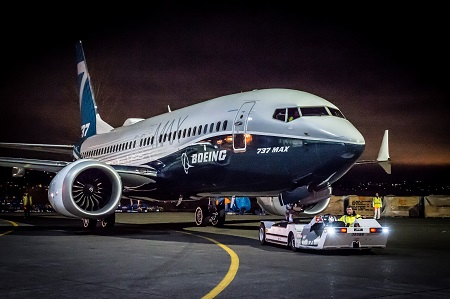 Howard McKenzie was appointed to be the Vice President and Chief Engineer for the company’s commercial aircraft business unit. Mr. McKenzie will succeed Lynne Hopper, who was appointed to lead the company’s engineering strategy and operations group, in what has been described as a lateral move. She will succeed long-time company engineering executive Pat Schirmer who is retiring in the fall.

In her prior role, Ms. Hopper was responsible for the effectiveness and efficiency of the engineering function and for engineering design, producibility, delegated compliance, safety, and customer support activities for all commercial airplane models.

According to reporting from The Wall Street Journal, the company’s overall Chief Engineer, Greg Hyslop credited Hopper in helping to stabilize production, obtain regulatory approvals for the 737 MAX to be able to resume operational service. He reportedly cited Mr. McKenzie’s technical expertise and leadership skills in her past presence in the lead engineering role for commercial aircraft.

According to Boeing’s listing of executive biographies, Mr. McKenzie will be responsible for: “effectiveness and efficiency of the engineering function across Commercial Airplanes and will lead engineering design, safety and customer support activities for all commercial airplane models.” Most recently, McKenzie was Vice President and Chief Engineer for Boeing’s Global Services business unit. While there, he led the alignment of 7,000 engineers into a cohesive engineering function that supported commercial and government customers worldwide. Prior to that assignment, McKenzie was vice president and general manager of Boeing Test & Evaluation, where he led a team of engineers, pilots, mechanics and technicians responsible for the testing, evaluation and certification of Boeing commercial and defense products. Previous senior engineering leadership roles centered on the 777 aircraft program.

As Supply Chain Matters has highlighted for readers, Boeing has been consistently challenged with aircraft engineering design, process and manufacturing quality issues involving major single and dual-aisle commercial aircraft programs.  In a July 2021 blog commentary, we highlighted a Wall Street Journal report indicating that commercial aircraft industry observers and participants were sensing that since the start of the COVID-19 rival Airbus was making significant gains on Boeing and has increasingly been perceived as making meaningful market gains in supply chain resiliency as well.

Last year, in the midst of the ongoing impacts of COVID-19 restrictions on employees and facilities, Airbus managed to deliver a total of 566 aircraft to customers. Boeing, on the other hand, was hampered by the effects of the pandemic coupled with its own internal crises related to the 737 MAX aircraft grounding while convincing global regulators that design flaws associated with the single-aisle aircraft’s flight control and auto pilot systems were addressed and that this aircraft would emerge as the safest aircraft in operational service. Parallel with this effort have been component design manufacturing quality shortcomings associated with the wide-aisle 787 Dreamliner aircraft. Challenges related to this aircraft resulted in a five- month halt of Dreamliner aircraft deliveries to allow certain suspected aircraft to be inspected and manufacturing assembly processes to be modified. Reportedly, that drove the company’s inventory balances $1 billion higher while about 100 aircraft were parked at various storage areas. The company subsequently issued a statement that it now expects to deliver less than half of its upwards of 100 of the completed 787 aircraft this year.

In a late February commentary, we noted increasing perceptions among industry stakeholders that the company’s corporate culture, design engineering and supply network challenges were permeating. On the specific topic of engineering prowess, a sobering opinion column published by industry trade publication Aviation Week raised the question as to whether Boeing would become the industry’s next McDonnell Douglas

Industry watchers have further cited the company’s “cozy” relationships with federal regulators such as the FAA allowing the manufacturer to self-regulate or allegedly abuse such a relationship. The company reached a $2.5 billion settlement with the U.S. Justice Department over the 737 MAX incidents. The latest new development is this area came on August 19 when the FAA informed Boeing that the agency was reviewing reports of that the company’s employees were facing company pressures in their work safety oversight for the agency.

Supply Chain Matters is of the belief that these Boeing senior engineering leadership changes are long overdue.

We can all speculate whether any highly experienced outsider would have been willing to step up to address the company’s design engineering and manufacturing quality challenges. An outsider would have likely required added time to be able to assess specific areas needing to be prioritized for changes in direction and that would likely take additional ramp-up time.  With Mr. McKenzie now leading commercial aircraft design engineering, coupled with his prior experience in test engineering and cross functional design integration, this can be a new opportunity to restore this aerospace manufacturer’s prior engineering reputation. We sense that there is not a luxury of time since there are now gaps in commercial aircraft development plans to address Airbus’s ongoing design engineering and product development momentum.

We trust that he will hopefully make inroads in these important areas.