Boeing dominated yesterday’s business, industry and general media headlines with the announcement by its Board of Directors that the commercial aircraft manufacturer will suspend 737 MAX production in January as a result of the added time necessary to return this aircraft to global operational service. 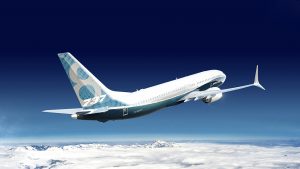 In our last Supply Chain Matters reader update regarding the ongoing 737 MAX grounding, published last Wednesday, we opined that two added explosive revelations disclosed before a U.S. Congressional oversight committee would likely result in an implication for added delay for aircraft re-certification, and the real possibility of a further temporary cutback in the aircraft’s monthly production schedule. Over the past several months, Boeing had consistently communicated an expectation that the MAX would return to global operational service by the final quarter of this year.

The two revelations, one that a U.S. Federal Aviation Administration (FAA) internal report generated in 2018, before the second tragic crash of the aircraft, expressed clear concerns regarding the aircraft’s flight system design that needed to be addressed by Boeing. The other revelation related to whistleblower testimony of troubling quality lapses in 737 production processes that allegedly Boeing managers consistently turned a blind eye to. We had concluded that the combination of these revelations were of a magnitude that Boeing management could not ignore and would further provide the FAA with the authority to provide more oversight over the overall timetable for returning this aircraft to safe operational service.

Yesterday, Boeing indeed announced the temporary suspension of monthly production beginning in January, with no specific date as to when production will resume.

In a statement, Boeing indicated to investors and media: “We will continue to assess our progress towards return-to-service milestones and make determinations about resuming production and deliveries accordingly.”

The current monthly production schedule was reduced to a monthly rate of 40 aircraft, down from the prior 52 per month shortly after the aircraft was grounded.

“This decision is driven by a number of factors, including the extension of certification into 2020, the uncertainty about the timing and conditions of return to service and global training approvals, and the importance of ensuring that we can prioritize the delivery of stored aircraft.”

To Boeing’s credit, the manufacturer indicated that the upwards of 12,000 employees associated with production of MAX in Renton Washington will be assigned other work, avoiding layoffs or furloughs for the time being. Further indicated was an effort to try to help suppliers mitigate their overall impact. Supply Chain Matters anticipates that this will likely be on a case by case basis, as has been the ongoing process.

Critical suppliers such as aircraft fuselage manufacturer Spirit AeroSystems and engine aircraft manufacturer CFM International have existing supply contracts calling for 2020 monthly supply volumes which will have to be re-negotiated. Other suppliers, particularly smaller suppliers may be more operationally and financially impacted by the suspension, depending on overall length. A published report from Reuters lists seven key global suppliers with the largest financial and operational exposures to the aircraft’s production suspension. In its reporting, the WSJ included an exhibit ranking dollar content by supplier, indicating that Spirit AeroSystems, United Technologies, Arconic, Allegheny Technologies and Hexcel provide the most supply dollar content to the MAX.

Publications such as The Wall Street Journal and the New York Times reporting on the on the production suspension, point to the implications to the U.S. economy. Both quote equity analysts indicating a significant ripple impact to the U.S. manufacturing economy.

While announcing yesterday’s production suspension, Boeing separately indicated the manufacturer would leave its annual dividend unchanged for the first time in eight years. The Aviation Week reporting quotes a Jeffries equity analyst as interpreting the production decision suspension to the need to fund the $4.7 billion of cash required to maintain the stockholder dividend. Reportedly, the 42 per month production rate equates to $1,5 billion of added inventory carrying costs per month, or $4.4 billion per quarter.

In a Supply Chain Matters blog commentary published in late July, we reflected on Boeing’s expected disappointing Q2 report of financial performance. We called attention to Boeing CEO Denis Muilenberg’s indications that if the company’s  estimate that if the anticipated 737 MAX return to service did not occur by October, then the manufacturer would need to consider possible further rate reductions or other options including a temporary shutdown of production. The CEO had added: “A temporary shutdown of production line could be more efficient than a sustained lower production rate because it would reduce (aircraft) storage rates.”

We characterized that statement as playing the ultimate trump card, in essence placing added pressure on global regulators to accelerate the aircraft’s recertification process and return to global operational service. Our view was that the connotations and ripple effect that a production suspension was likely to incur was the only card that Boeing could play to counter mounting global-wide concerns. As news outlets are now indicating, production suspension has significant implications for suppliers. Further, the notion of reducing completed aircraft storage rates is the admission that the overall amount of stored aircraft now imply a significant financial and logistics burden that has revelence to an overall recovery plan.

Five months since that statement, the production suspension decision has indeed been made, and the implications to the manufacturer’s airline customers, to the 737-supplier network, and to the U.S. and global manufacturing economy are now in-play. Along with all that, the open question is how long the production suspension prolongs itself. From everything we have read and analyzed, we would not be surprised if such a suspension would last into March 2020, the 12-month milestone of the original grounding decision. Only time will tell.

It is fairly obvious that Boeing must address this ongoing corporate crisis with full transparency and responsiveness to FAA, other global regulator and airline customer needs. Management creditability has been called into question and focused leadership remains to bring this ongoing crisis to an acceptable conclusion.

Returning the global operating and stored completed aircraft fleet to operational service implies herculean logistics efforts that existing 737 production workers can be assigned to. We believe it would be rather important that some of that idle workforce also be assigned to critically assessing existing 737 and other Boeing aircraft program production processes to identify multiple whitleblower allegations as to where quality shortfalls are occurring in specific process areas and where management and oversight practices can be improved. That we feel would be a further important step in restoring airline customer as well as passenger confidence in the overall quality and airworthiness of Boeing aircraft.

The New York Times rightfully characterized this week’s production suspension decision as: “..the culmination of the worst crisis in the company’s 103-year history and follows two crashes that killed 346 people.” That depicts the ongoing gravity of this series of developments.

The commercial aircraft industry and its associated supplier networks need Boeing to successfully move beyond the current crisis and to salvage the reputation of the 737 MAX as a safe and airworthy aircraft.  We trust that this will eventually occur for the sake of the overall industry and for global flyers.