This week represents a further milestone in efforts to return the Boeing 737 MAX aircraft family to operational service and to restore confidence among this aircraft’s supply and services partner network.

After almost 20 months of being grounded by global air regulatory agencies as a result of two tragic accidents and 346 deaths, the aircraft was cleared by the U.S. Federal Aviation Administration (FAA) for flight operations on November 18.

This week, a United Airlines flight crew took possession of a previously completed aircraft representing the first air carrier to take delivery since the FAA clearance. According to a statement by United, the airline will now inspect and test-flight each MAX aircraft and is anticipating placing these new aircraft into operational service starting on the first quarter of 2021. 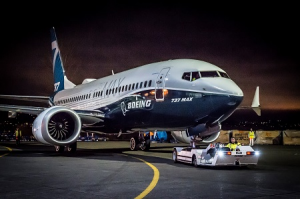 The only other global air regulator to conditionally clear the aircraft for flight operations thus far has been that of Brazil. That country’s GOL Airline, with outstanding orders for 95 MAX aircraft, has indicated plans to begin regular operational flights from its Sao Paulo hub staring next week. That would represent the first global carrier to resume 737 MAX operational service.

Other global regulators are expected to follow with flight clearances after ongoing added stipulations for return to service are finalized with Boeing.

Current estimates are that this aircraft maker will deliver upwards of 180 MAX aircraft during the year 2021, including 50 destined for Ryanair. That alone would be a significant achievement in that all aircraft previously in storage must undergo a comprehensive activation process before being considered ready for operational service.

In November, Boeing delivered a total of seven commercial aircraft, none of which were either part of the 737 or 787 product family. The year-to-date tally stood at 118 as of the close of November, compared to 345 at this point in 2019.

Another looming consideration remains the overall drastic slump in global-wide commercial airline flight demand levels which is influencing when airlines feel comfortable or able to take delivery of orders executed during pre-COVID-19 period.

After such an unprecedented length of aircraft grounding, air travelers themselves likely have mixed impressions regarding the safety of the MAX and thus Boeing in partnership with global airlines will have to mount an active campaign throughout 2021 to assure travelers as to the safety of this aircraft. We believe that this will be a challenging task.

There remains little question that Boeing’s supply network ecosystem continues to deal with the overall effects of the MAX grounding.

To Boeing’s credit, the decision to continue to produce completed aircraft while the grounding occurred certainly buffered the total impact. The combination of the elongated grounding and then the effects of COVID-19 coronavirus on operations and other order flows forced a number of aerospace suppliers to have to make added resource reductions. With analysts not expecting Boeing to return to positive cash flow until the end of 2021, the upcoming year will remain challenging, even with a modified 737 MAX monthly production schedule.

With rival Airbus having to cutback on its monthly production schedules because of the effects of the pandemic, the industry’s supply network has difficult sledding to navigate in the coming year.

We will provide further perspective on specific aerospace industry supply chain challenges in our upcoming 2021 Predictions for Industry Supply Chains.