This is a Supply Chain Matters update on our ongoing coverage of the latest crisis involving Boeing’s 787 Dreamliner program. 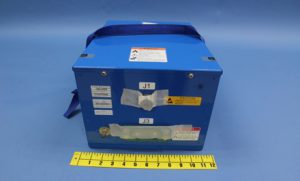 In Commentary Three published on January 30th, it was noted that daily media coverage of the potential causes of electrical fire is now viral and finger pointing has now switched from suppliers toward Boeing itself. The more these investigations drag on, the more that Boeing’s Dreamliner creditability suffers, along with that of any suppliers targeted in these ongoing investigations. Launch customer All Nippon Airways (ANA) indicated that it replaced 10 batteries in the months before the two recent fire and in-air emergency incidents.  Further disclosed was that in a little noticed test conducted in 2010, the U.S. Federal Aviation Agency (FAA) found that the lithium cobalt chemistry selected by Boeing was the most flammable of several different types considered. Boeing had elected to not revisit the design because of weight issues, and instead engineered some safeguards to protect the battery from unexpected fire or overcharging.

On Friday of last week, The National Transportation Safety Board issued its weekly update statement.  It indicates that the Naval Surface Warfare Center and a battery expert from the U.S. Department of Energy are conducting ongoing tests of the lithium-ion battery and its related electrical systems. The NTSB acknowledges that is has now been made aware of the prior battery replacement history of the aircraft and will use these data to determine any relevance. This week, non-invasive testing to determine if any “soft short” within battery cells may have occurred, and an investigator will travel to France to investigate the manufacturing process of the wiring bundle that connects the battery.

After formally reporting quarterly earnings last week, Boeing CEO Jim McNerney indicated confidence that a root cause will be determined and according to published reports, also played down reports that the aircraft had a succession of battery problems that led up to the grounding. He is also quoted as indicating that “we have no idea yet’ what caused the batteries to burn.

In its financial update, Boeing indicated the delivery of more than 60 Dreamliner’s this year, which reflects a commitment to the prior 5 aircraft per month delivery schedule. Planning for the newest model, the 787-8, a stretched version of the aircraft adding an additional 20 feet of length has also commenced, with a planned availability in two years. Major aerospace OEM’s require these types of lead times to prepare the global supply chain to avoid some mistakes of the past.

Much has also been published this week by business media describing the close, symbiotic relationship among Boeing with its Japan based 787 global launch customers and a network of key Japan based suppliers to the 787.  The Financial Times describes relations between Boeing and its Japanese suppliers as showing little sign of becoming strained while The Wall Street Journal has reported some strains of frustration appearing among these same suppliers as the implications of the length of grounding become pronounced. The WSJ reported that Japan based supplier value-added to the 787 consists of 35 percent, while other suppliers represent 30 percent.  Boeing itself has 35 percent of value-add.

The more these investigations drag-on, the more visible the Dreamliner supply chain partners and their design and production practices will become. That may not benefit any of the parties and once again, we at Supply Chain Matters trust that the current investigations will come to a more speedy and effective resolution.

Healthcare Supply Chains- The Critical Link in COVID-19 Virus Containment and Treatment: What Have We Learned and a Call to Action