In a previous Supply Chain Matters industry specific perspective, we focused on how global auto manufacturers are strategically investing in their electric powered vehicle supply networks.

Regarding U.S. based battery supply, two South Korea based suppliers, LG Chem and rival SK Innovation (SKI) had been involved in an intellectual property lawsuit before the International Trade Commission in which LG Chem had accused SKI of intellectual property theft and a subsequent cover up. LG Chem prevailed in a commission ruling in February that posed a potential 10-year ban for SKI from the United States unless President Joseph Bidon elected to contest the commission’s decision.

The further implication was that automakers Ford Motor and Volkswagen were partnering with SKI in the siting and operation of battery production facility in the state of Georgia that would initially create upwards of 2600 jobs, and upwards of 6000 jobs at full capacity. Both the electric powered Ford F-150 pick-up truck and VW ID4 crossover would have been initially impacted without a near-term U.S. battery supplier. An important consideration was that the proposed SKI battery production facility in Georgia would be a non-captive plant, able to supply multiple auto and vehicle producers. The LG Chem proposed facilities on the other hand, our captive to GM’s developed Ultium© battery technology.

All of that changed last week when both of these suppliers reached a last-minute settlement to what was often described as a bitter business dispute. The settlement calls for SKI to pay upwards of $1.8 billion to LG Energy Solution, a unit of LG Chem along with royalties. According to a joint statement, both companies: “will work to help the development of EV battery industry in South Korea and the U.S. through healthy competition and friendly cooperation.” 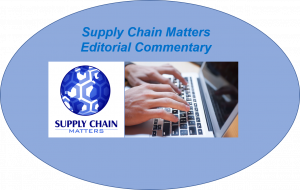 The further spectrum, as it sometimes is, was a political one, with upwards of 6000 potential jobs and with Georgia and Michigan voters playing such a pivotal role in the recent U.S. Presidential election cycle.

According to various reports by business and industry media, newly appointed U.S. Trade Representative Katherine Tai became directly involved in the dispute in holding meetings with both of these suppliers since her appointment. Two newly elected U.S. Senators from the state of Georgia reportedly also met with supplier and auto executives as well as Biden Administration officials. Reporting also indicates that LG Chem met with Biden Administration officials to pitch that supplier’s plans to increase U.S. based battery production.

Thus, this bitter dispute among rival suppliers came against the tide of an unusual bi-partisan alignment on strategic supply network presence along with added U.S. jobs.

To garner a different perspective, we noted a published report from The Korea Herald which quoted a securities analyst as indicating that it would be difficult for Chinese battery suppliers to advance in the U.S. given the political and diplomatic climate. The opportunity was thus the presence and potential leadership of South Korea based suppliers in partnering for a U.S. supply network presence.

Of course, the other obvious opportunity is a healthy number of potential U.S. federal government incentives that would be potentially put forth by the Biden Administration’s strategic supply chain analysis and recommendations to the U.S. Congress.

As Supply Chain Matters has often observed, there have been two dimensions of industry strategic supply network sourcing. One is the quantitative and qualitative analysis relative to strategic markets to be served, landed cost of materials and cost to serve key customers. The other is the political or geo-political dimensions of national policy, economic security and employment. Final decisions are often either when both efforts align or when the political climate is such that opportunity or national interest align. In this recent case, two bitter rival suppliers ultimately agreed to settle their differences in order to focus on a broader and more strategic market opportunity.

During the 2008-2009 global financial meltdown, the Obama Administration shepherded an exceedingly difficult decision as whether to provide a finial lifeline to certain U.S. auto manufacturers, despite a depressed auto market. The debate was intense and both major political parties were not in alignment. In the end, GM was provided a financial lifeline and the rest, as is often depicted, is history. Today, GM is not only a vibrant and growing automaker but also one of the leading U.S. automakers with bold plans for EV new product introductions over the coming years.

For supply chain management and business leaders, the takeaway is to understand both dimensions and what they imply.

It will be interesting to observe what recommendations and what measures ultimately prevail in the area of establishing EV supply networks across the U.S.