Apple’s Secret Sauce Should Be No Surprise- Part Two

The following posting can also be viewed and commented upon on the Supply Chain Expert Community web site.

We have penned a number of commentaries regarding Apple’s extraordinary supply chain operational management capabilities, the latest being last week’s posting, Apple’s Secret Sauce Should Be No Surprise to the Supply Chain Community.  This week, more public news has surfaced regarding Apple’s strategies and capabilities, specifically two different developments. Keep in my mind, Apple’s corporate culture is one of high secrecy and information in the public domain only scratches the surface to what’s actually going on. Apple continues to cast a very wide net in assuring production capacity and capability, and at the same time, is becoming a more influential force for overall consumer electronics supply chains.

Over on the International Business Times web site, Carl Bagh noted that Apple is again plugging strategic and tactical holes in its long-term supply strategy, placing a $7.8 billion order for key LCD, NAND memory and other electronic components from Samsung Electronics.  As noted in our previous commentary, while competitors scramble to launch alternative products in tablets and smartphones, Apple continues to aggressively negotiate long-term supply contracts with strategic suppliers, potentially locking-up key industry capacity.  In his commentary, Baugh cites DigiTimes as reporting that LG Display will benefit from a 35 million unit order for iPad displays in 2011, but also is not able to singularly meet Apple’s growing thirst for these displays. Also noted are Apple’s co-investments with key suppliers in building more manufacturing capacity, including Sharp Corp.’s $1.2 billion investment to build a new production facility for small and medium sized LCD displays.

On the supply chain social responsibility front, SiliconValley.com reported yesterday that last June, at the height of the incidents of worker suicides at Foxconn International, Apple’s largest volume contract manufacturer, COO and now acting CEO Tim Cook was quietly dispatched to China to personally meet with Foxconn management. The extraordinary but non-public visit of Apple’s highest ranking operations executive was intended to send a rather serious message, Apple was not going to tolerate these worker suicide incidents and wanted a remediation plan.  An Apple social responsibility report noted that Cook was accompanied by two experts in suicide prevention, which spawned later interviews of more than 1000 Foxconn employees. Keep in mind that some other companies might have issued a wide distribution press release noting such a visit.

The article also highlights other social responsibility actions that Apple has undertaken, including 97 first-time supplier audits in 2010.  Of particular note, 40 percent of these suppliers noted that this was the first time any large customer had audited their facilities.

Apple continues to cast a rather wide and profound influence across consumer electronics supply chains.  The question remains, are these strategies forcing Apple’s competitors to struggle for their required capacity and inventory, and will the industry be challenged with yet another year of supply and innovation challenges?

Supply Chain Matters readers, add your observations.  Has Apple’s continual influence in product innovation and supply contracting increased the stakes for competitors, or has it benefitted the industry as a whole?   Can consumer electronics players all benefit from Apple’s strategies? 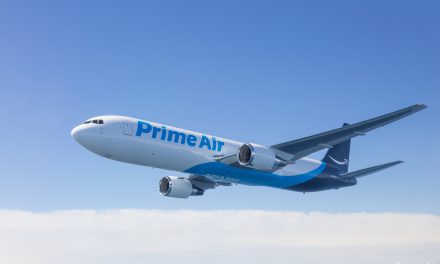 Additional Leadership Challenges for Boeing and the 737 MAX Aircraft Program