It is Friday, the end of the week, and Supply Chain Matters has had a busy week out of the office.

Thus, it is time to briefly update our readers on some headline developments impacting various supply chains.

We begin with our streaming updates relative to Apple’s current iPhone product line-up for this all-important holiday quarter. 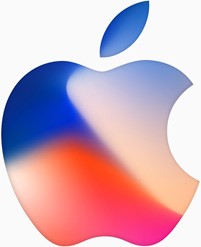 In our last Apple focused update, a week ago, we cited speculation echoing various supply chain channels along with equity analyst’s updates that indicated that initial sales of the iPhone 8 models may not have been tracking as expected. Seeking Alpha cited a published report from Taiwan based Economic Times, indicating that there was talk, or speculation of a 50 percent cut in production forecasts for the iPhone 8. Some equity analysts were interpreting that news as indicating that Apple was cutting production capacity for the iPhone 8 to shift more added upside capacity in the production ramp-up of the iPhone X (Ten).

Cited was U.S. market data from Consumer Intelligence Research Partners indicating that sales of the two newly introduced iPhone 8 models accounted for just 16 percent of all iPhone sales in September, while the former iPhone 7 models accounted for 43 percent of sales in the month.  Another report cited was one from Localytics which analyzed data from 70 million existing in-service Apple devices. The result of that analysis was the two “8” models accounting 2.4 percent of devices in worldwide use.  That data point was noted as half the equivalent share of the “7” models a month after they were initially introduced to the market.

Further reported were other signs indicating similar underperforming sales globally for the “8” version. In context, shipping began on September 22 after its initial market introduction at the beginning of the month. But, there is now increasing speculation that Apple’s consumer following may not be wowed by any of the new features of the “8” models.

In our last update, we pointed to a report indicating that KGI Securities had indicated in an updated client report that Apple will likely have supply availability of 2-3 million units in conjunction with the iPhone X initial shipping window. If that available estimate is reasonably accurate, then the 3 million in inventory were all consumed prompting the backlog, but, not as much as initially anticipated. Some analysts had speculated on 8-10 weeks of order backlog based on initial demand. Factoring the current estimates of a production run rate of 10 million units per month, then initial orders may not have been that overwhelming. That is likely a continuing cause for concern for sales and operations planning.

Earlier this week. Seeking Alpha cited a Nikkei Asian Review report indicating that Apple COO Jeff Williams was scheduled to meet with Foxconn head Terry Gau in Taiwan. Speculation from this report was the meeting would involve discussions about the production delays for the “X’ model.

Meanwhile Bloomberg columnist Tim Culpan in an opinion report raised additional speculation regarding Apple’s product design specifications and sourcing decisions relative to the tenth anniversary model.  His report suggests evidence that Apple has lost its famed supply-chain management expertise. That statement, for sure, should gather the attention of Apple’s internal operations teams.

From our Supply Chain Matters blog perspective, we also observed that the current iPhone ramp-up for the holiday quarter will indeed present significant supply chain challenges, but Apple’s cross-functional supply chain teams have in the past risen to take-on many challenges. Obviously, this quarter presents what is turning out to be significant challenges but there are two months remaining.

As many of our readers can will attest, that is when the fire fighting brigades do their best work. It is also when business media outlets will be trolling for all sorts of developments.