Yesterday, Apple reported its fiscal third quarter financial performance for the period that ended in June and the results were somewhat concerning from both a financial and supply chain strategy perspective. On the financial side, the business media headlines reflected the first prolonged slump in iPhone sales since that product was introduced in 2007. That is especially concerning since the iPhone is the prime revenue and profit generator for this prominent consumer electronics producer. Total revenues declined 14.6 percent while net income decreased nearly 27 percent or $2.9 billion from the year-earlier quarter. Gross margin for the recent came in lower at 38 percent, primarily attributed to the introduction of the lower-priced Apple iPhone SE model. The average selling price for the company’s iPhone lineup dropped to $595 from $662 in the year earlier quarter.

From a supply chain volume perspective, the company indicated it sold 40.4 million iPhones and close to 10 million iPads in the quarter.  Regarding the former, CEO Tim Cooke indicated that sales interest in iPhones was higher but was constrained by a decision to reduce four million units of overall iPhone inventory in its various retail channels. Regarding the latter, iPad volume has now dropped for 10 consecutive quarters with the latest 9 percent volume decline. From a global perspective, more concerning was a 33 percent drop in sales within Greater China that includes Hong Kong and Taiwan in addition to the mainland. Smartphone sales in this region continue to increase and have benefitted other domestic and foreign producers.

In its reporting, The Wall Street Journal opined that the company’s main hardware products remain in decline and that new products are not successful enough to pick-up the slack. Further indicated is a concern that Apple may have lost its innovative touch.

Thus, Apple’s current new product development and product release phase looms even larger to convince investors and the market as a whole that Apple will retain its innovative edge.  Once again, the Apple supply chain must deliver on both higher expectations and now, new pressures to reduce costs along with smarter management of overall inventories. With a continued decline of the company’s traditional hardware products added to what is likely to be highly optimistic forecasts and expectations for pending new products, Longer-term, expectations remain high for Apple’s entry into other markets such as electric powered vehicles.

Apple’s sales and operations team members have yet another challenging 6 months in planning for the all-important year-end holiday period where sales and profitability needs are so important. Compounding this problem is yet another shift in supplier strategies and constant information leaks across the supply chain.

Indeed, Apple has reached an interesting crossroads. The again, there could well be other interesting developments in the weeks to come given Apple’s massive cash balance and propensity to generate considerable profits. We should all not be surprised by other strategic moves.

© 2016 The Ferrari Consulting and Research Group and the Supply Chain Matters® blog. All Rights Reserved. 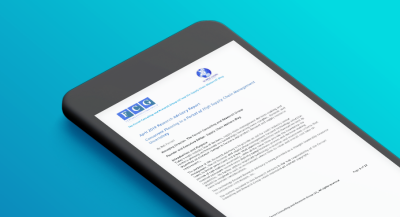