Yesterday Apple disclosed earnings for its fiscal Q1 period ending in December, along with a lukewarm forecast for the current quarter, and Wall Street did not like what it heard.  In the aftermath of these results, investors have driven Apple shares down over 8 percent as we pen this commentary.  In the quarter involving all-important holiday related buying, customers bought less than expected iPhones, Apple’s most profitable product.  More importantly, there is much clearer evidence that the consumer electronics giant is focusing on a strategy of product margin adherence vs. volume, which will place far greater pressures on its supply chain ecosystem.

In terms of the numbers, Apple revenues grew 5.7 percent to $57.6 billion while profits were unchanged at $13.1 billion. Closely scrutinized gross margin was 37.9 percent in the December quarter compared with 38.6 percent in the year ago period. While the company indicated that it sold 51 million iPhones in the quarter, a 7 percent increase from last year’s same period, the consensus expectation by many equity analysts was for 55 million iPhones. According to quantitative analyst firm IDC, industry-wide smartphone sales grew 24.2 percent in the quarter thus Apple did not capture significant share in this wave. Sales of the premium iPhone 5s far outpaced those of the plastic encased iPhone 5c. That was reflected in the company’s reported average iPhone selling price (ASP) of $637 in FQ1 from $577 in FQ4 and $582 in FQ3. In the earnings briefing, Apple’s CFO noted that iPhone 5s sales were impacted by supply constraints during the quarter.

On the brighter side, sales of 26 million iPads in the quarter considerably up from the 22.9 million sold in the year earlier quarter.  It was probably a reflection on consumer acceptance of the newer models of iPads introduced in November, especially the iPad Mini with Retina display. I suppose we can all speculate that sales might have been greater given an earlier announcement in the year.

From our supply chain and B2B lens, observations and conclusions are becoming clearer:

Needless to state, Apple’s supply chain teams will be in the center of many initiatives and market response actions in the coming year, challenging its stature as the number one rate global supply chain.

© 2014 The Ferrari Consulting and Research Group LLC and the Supply Chain Matters Blog.  All rights reserved.

The Argument- Semiconductor is the New Oil 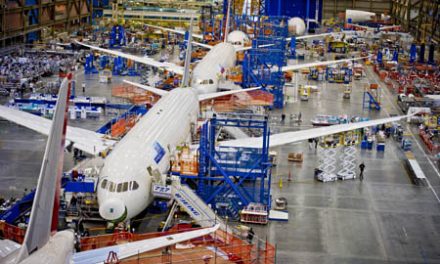